Betting on a king 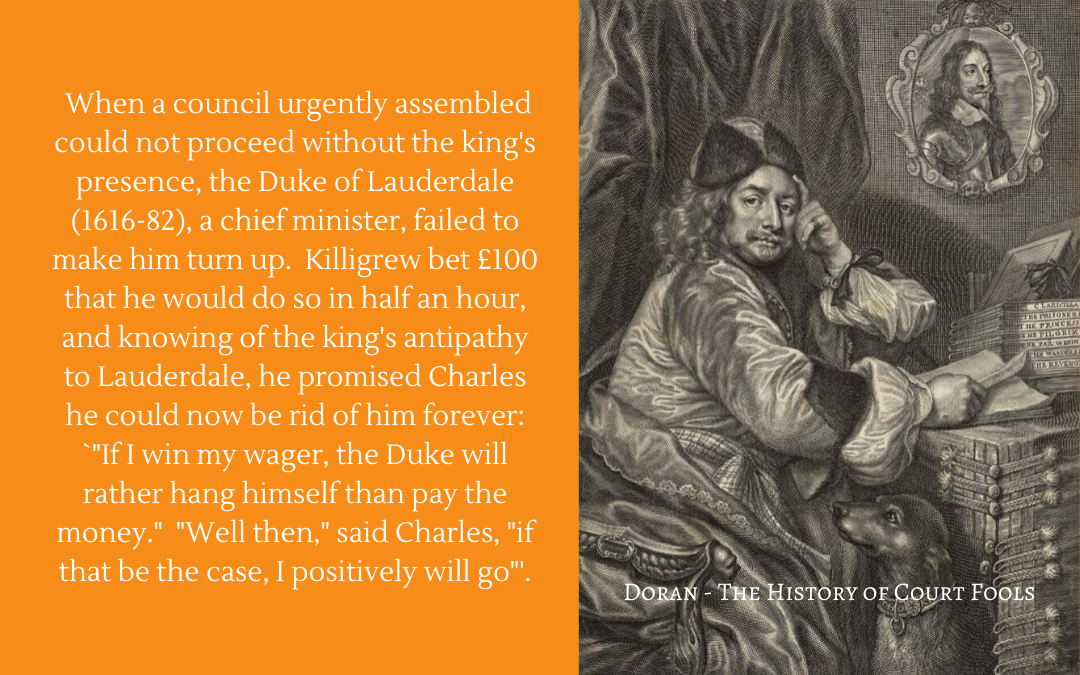 One class of stories about jesters concerns their capacity to make the king concentrate on doing his job rather than being distracted by perhaps more pleasurable activities.  Thomas (Tom) Killigrew (1612-83) was a courtier-jester, as well as being a theatre manager and dramatist.  Stories about him have him as a kind of informal jester to Charles II (r. 1660-85) whom he could talk into attending to affairs of state rather than other pastimes.

In one example, a council urgently assembled could not proceed without the king’s presence, and the Duke of Lauderdale (1616-82), a chief minister, had failed to make him turn up.  Killigrew bet £100 that the king would appear within half an hour and, knowing of the king’s antipathy to Lauderdale, he promised Charles he could now be rid of him forever:

“If I win my wager, the Duke will rather hang himself than pay the money.”

“Well then,” said Charles, “if that be the case, I positively will go.”