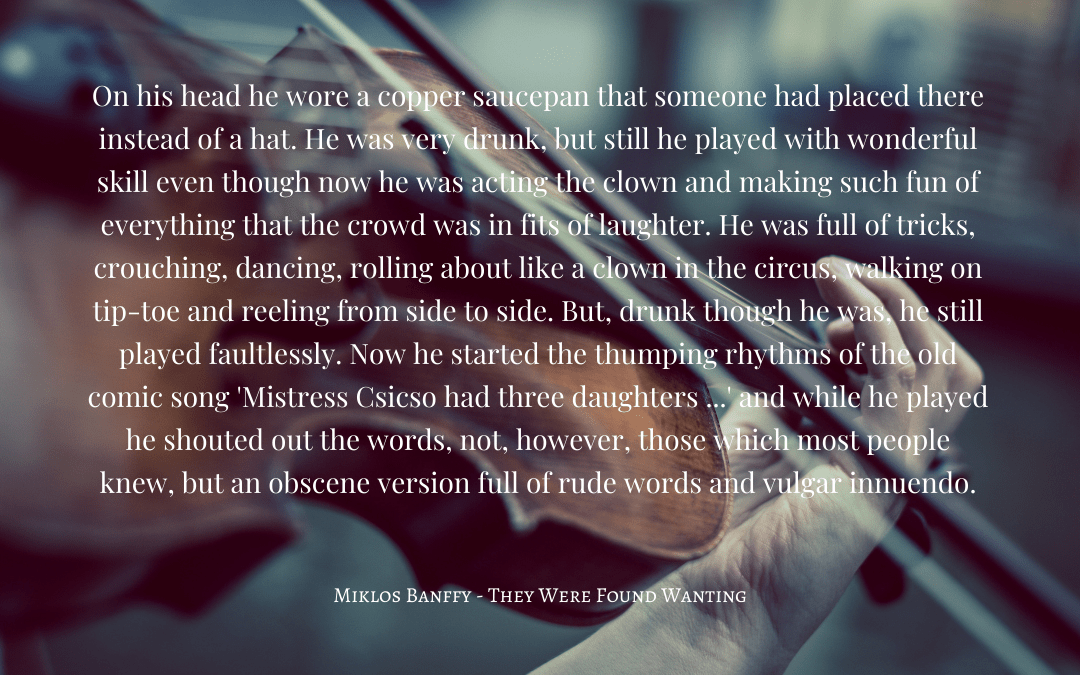 This is from a superb and absorbing trilogy which chronicles the self-induced decline of the Hungarian aristocracy in the years leading to the First World War.  The author was describing his own class and its disappearing world, with insight, realism, compassion, sorrow and nostalgia.

None of the characters is more conflicted than Laszlo Gyeroffy, a gifted human being remorselessly drawn towards self-destruction.

Here, well on the way, the young count takes on the role of a tavern fool until rescued from his skilful self-abasement by a passing merchant woman.  It is a reminder that performing fools could emerge in an ad hoc way, including from personal suffering or tragedy, though this seems unusual.  Also unusual is the aristocratic background – fools were generally of more humble origins.

On his head he wore a copper saucepan that someone had placed there instead of a hat. He was very drunk, but still he played with wonderful skill even though now he was acting the clown and making such fun of everything that the crowd was in fits of laughter. He was full of tricks, crouching, dancing, rolling about like a clown in the circus, walking on tip-toe and reeling from side to side. But, drunk though he was, he still played faultlessly. Now he started the thumping rhythms of the old comic song ‘Mistress Csicso had three daughters …’ and while he played he shouted out the words, not, however, those which most people knew, but an obscene version full of rude words and vulgar innuendo.