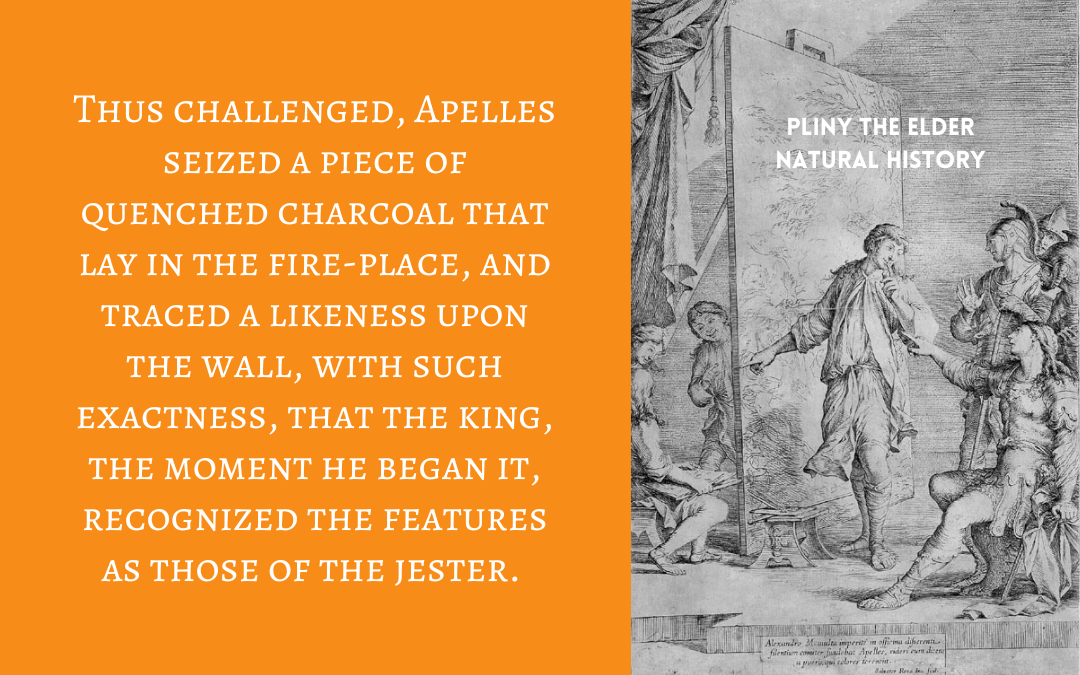 An unusual account of a Greek jester who was persuaded to invite the artist Apelles of Kos (4th century BCE) to dine with the king despite knowing they had been estranged.  When the artist was asked by the nonplussed king to identify who had invited him, he sketched a portrait of the jester.

Apelles had been on bad terms with Ptolemæus in former times, when they formed part of the suite of Alexander. After Ptolemæus had become king of Egypt, it so happened that Apolles was driven by the violence of a tempest to Alexandria. Upon this, some of his rivals fraudulently suborned a jester, who was attached to the court, to carry him an invitation to dine with the king. Accordingly, Apelles attended; upon which Ptolemæus was highly indignant, and, summoning before him his stewards of the household, requested that the artist would point out the one that had given him the invitation. Thus challenged, Apelles seized a piece of quenched charcoal that lay in the fire-place, and traced a likeness upon the wall, with such exactness, that the king, the moment he began it, recognized the features as those of the jester.

Note: I have not yet been able to corroborate this curious anecdote in other translations of Pliny, nor to get to the Latin source.  Once I can afford the sleek Loeb volume, I will seek it out.  If the story is true, what did the jester look like?