Where actors step into the jester’s role 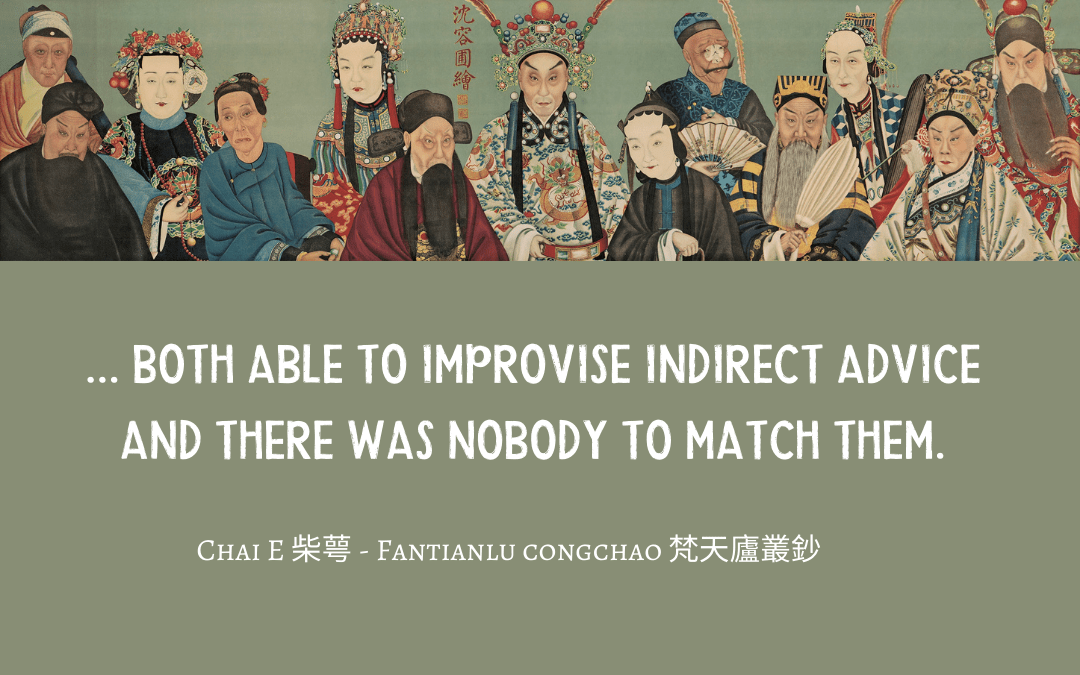 Perhaps a Chinese equivalent to the Elizabethan Richard Tarlton in being a widely loved and acclaimed comic actor and a self-appointed ad hoc court jester was Liu Gansan 劉趕三 (1817-94), who had all the outspokenness of a jester and:

left behind him the reputation of a wit who did not scruple to crack at those in high places.

He and Tan Xinpei 譚鑫培 (1847-1917), the greatest Beijing Opera actor of the nineteenth century, were:

both able to improvise indirect advice and there was nobody to match them.

Like a number of other comic actors, including in England and ancient Rome, they could act the part of a stage clown, or themselves take on this role in an unscripted way.

Enjoy also this superb portrait of both of them (part of a baker’s dozen collective portrait of famous Chinese actors): Liu Gansan is fourth from the left, dressed in the role of Madame Hu, an old peasant; Tan Xinpei is second from the right.