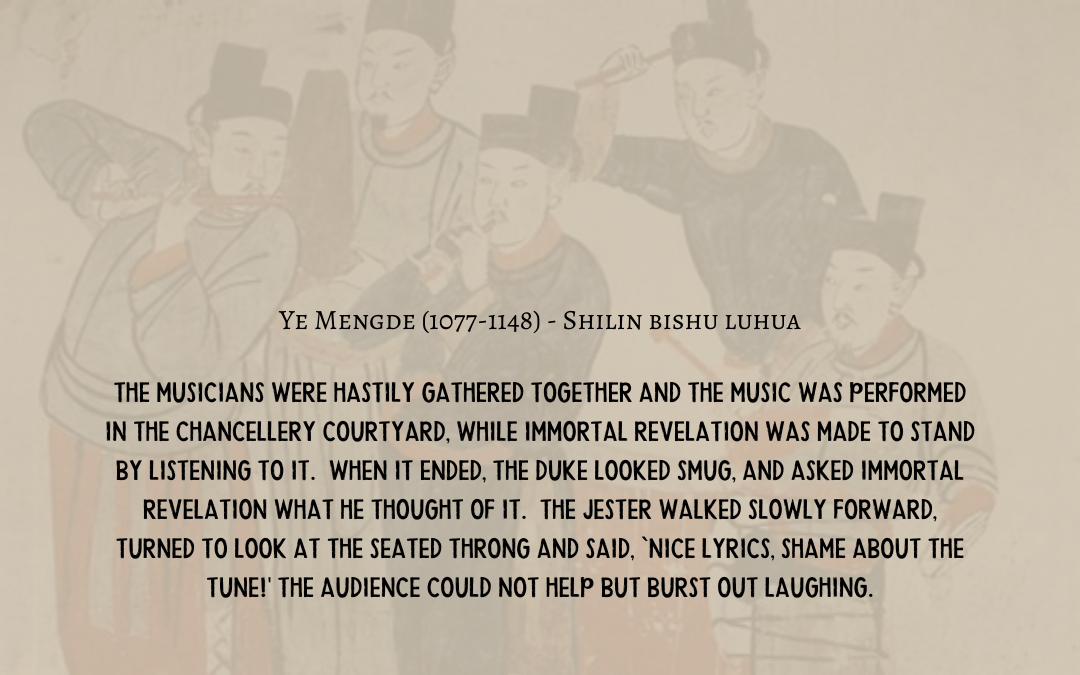 The jester Ding Xianxian 丁仙現 (Immortal Revelation Ding) was a Grand Commissioner of the Court Entertainments Bureau 教坊 at the court of Song Huizong 宋徽宗 (r. 1101-25).  Early in the Chongning reign period (1102-06), his musical skills were called upon as arbiter of whether the attempted re-creation of a defunct musical mode had been a success. 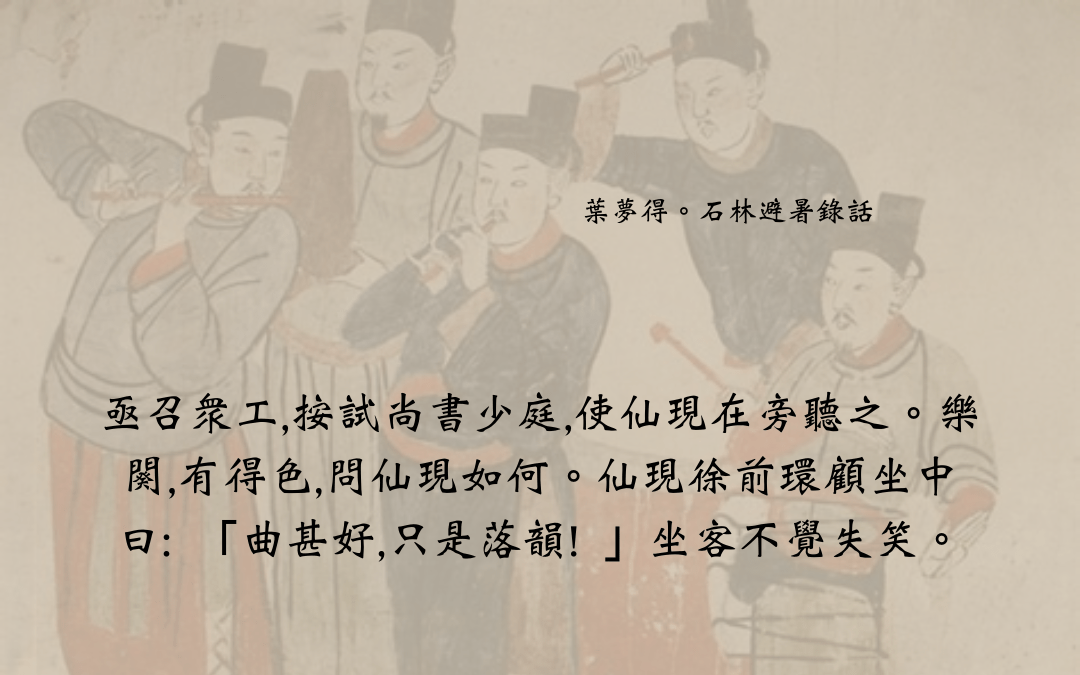 Someone had the bright idea that the principal musicians of the Court Entertainments Bureau should try to re-create the zhi key.  Immortal Revelation pointed out that the kind of music in question had long since ceased to exist and was not within the capacity of the musicians, and so could not be re-created on a whim without giving posterity something to laugh at.  Duke Lu of Cai was not amused and forced the musicians to do it.

The musicians were hastily gathered together and the music was performed in the chancellery courtyard, while Immortal Revelation was made to stand by listening to it.  When it ended, the duke looked smug, and asked Immortal Revelation what he thought of it.  The jester walked slowly forward, turned to look at the seated throng and said, `Nice lyrics, shame about the tune!’ The audience could not help but burst out laughing.

There are several accounts of Ding Xianxian’s willingness to speak out in criticism of those in power, one one occasion being saved from the vengeful actions of a top minister.  Other times, he just poked gentle fun at things or people.

See also another example of a Chinese jester’s acknowledged discernment in musical matters.

Note: Qu seems to indicate `lyrics’ here, rather than `melody’, but it could mean something like, `Nice tune, shame about the key!’

Image credit: Columbia University, Department of Art History & Archaeology website – the image did not load well and so we’re currently unable to provide a source reference. 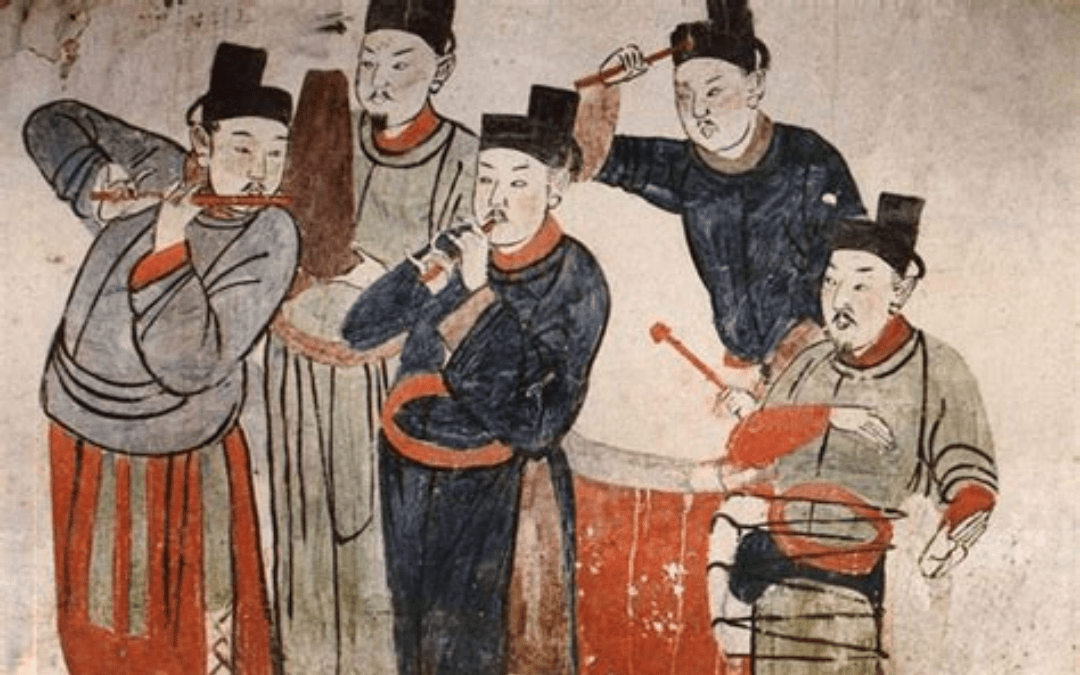