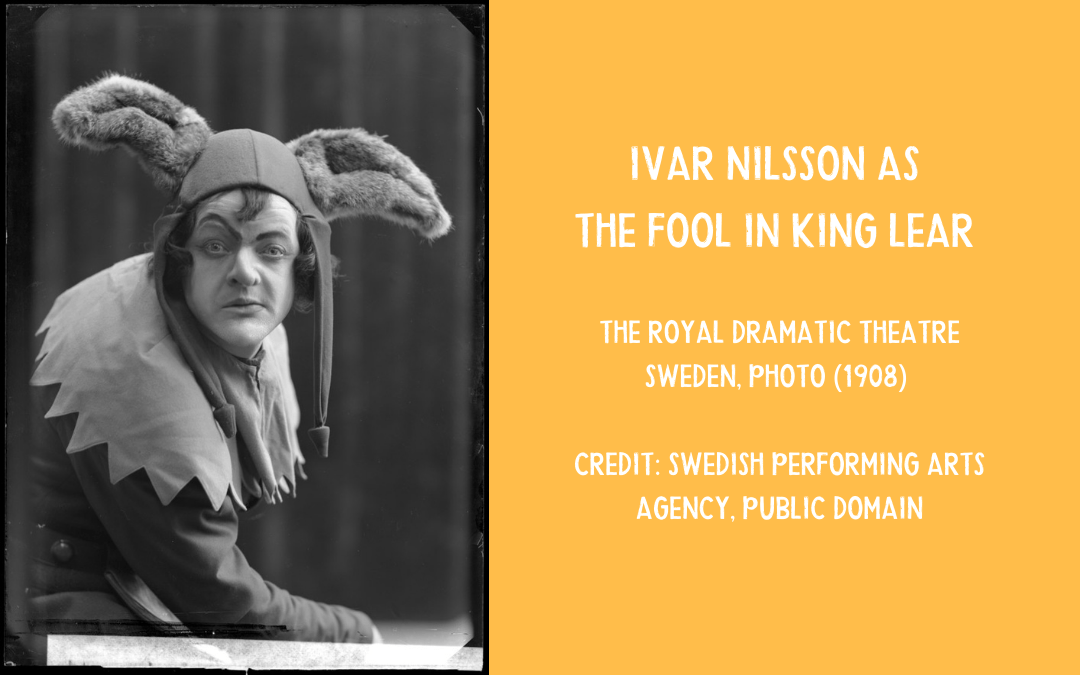 Something wonderfully quirky about this old photo of a Swedish actor, Ivar Nilsson, in the role of King Lear’s fool.

The costume with the rabbit ear cap is striking, but it is the facial expression and make up which captivates, including an off-centre nose and a penetratingly wry gaze.  You can imagine him looking just like this after uttering one of my favourite Shakespeare fool quotes.

See also a stunning 18th century sketch of Lear in his madness being approached by Edgar feigning it. 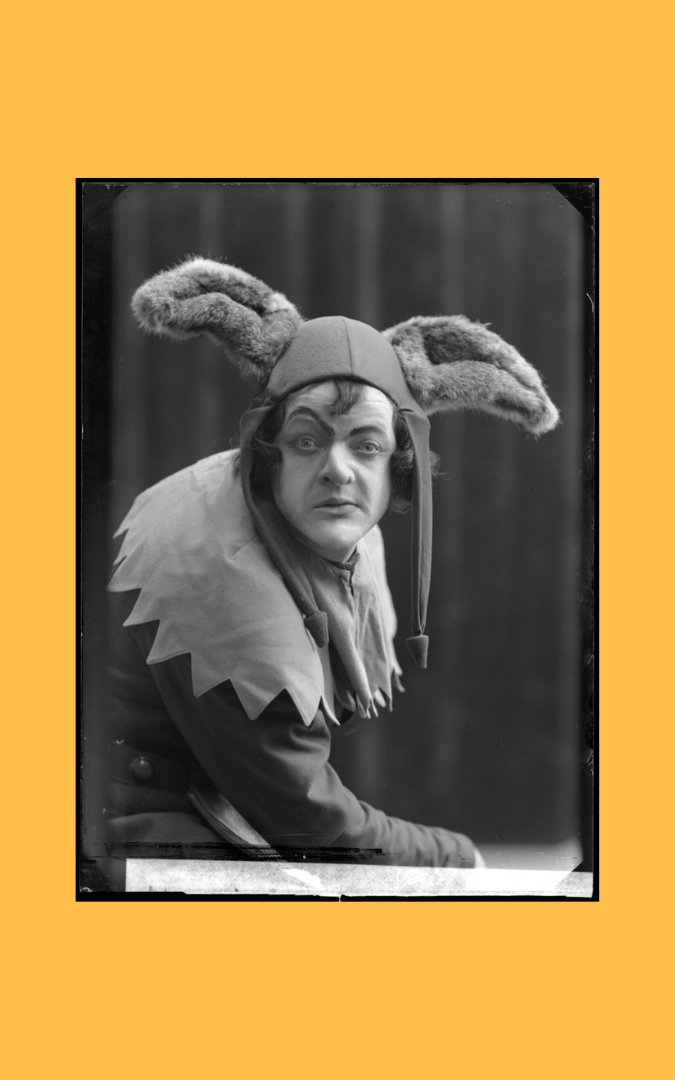