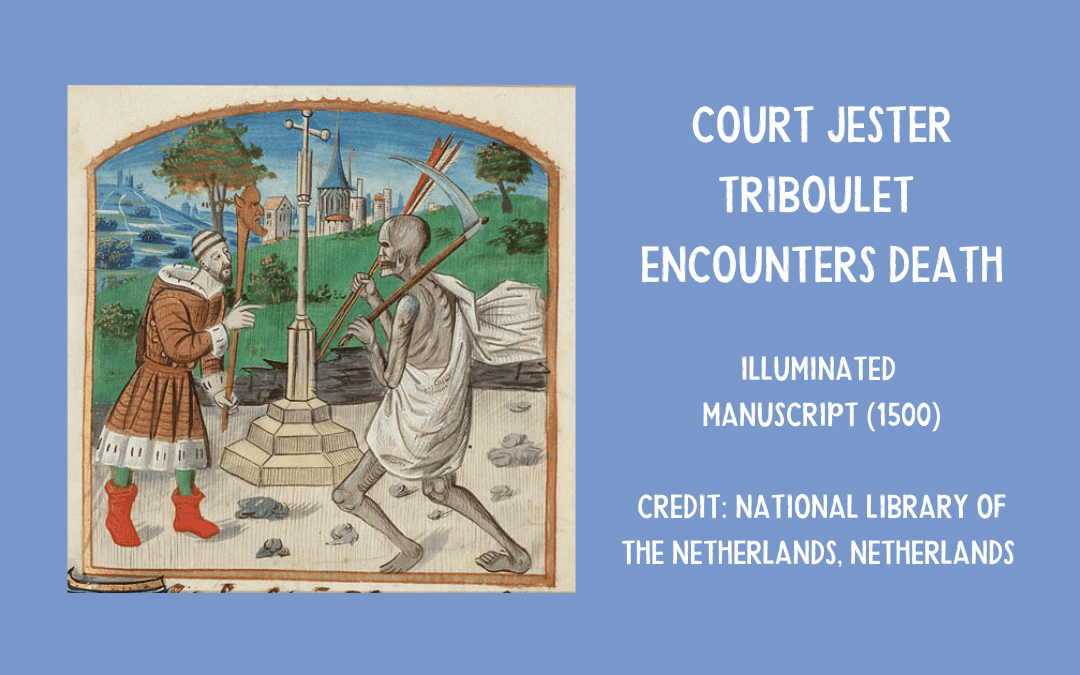 This curious series of illuminations features the French jester Triboulet in various states of interaction with Death and others.

There does appear to be a fairly clear narrative: Triboulet meets Death; Triboulet is struck down by Death; Triboulet lies in his grave mourned by ladies (a nice touch); Triboulet kneels before Mary and the Christ child surrounded by angels, suggesting this is in a now posthumous state; Triboulet somehow manages to get a letter of complaint to his master, René of Anjou (r. 1434-80), who reads out his defunct jester’s ‘Complaints against Death’, with mourners gathering round and Death himself making an appearance.

Although Death shows no sign of contrition, I heartily wish I could see what was written in Triboulet’s complaint.

Note that Death’s scythe (and arrows) are matched by Triboulet’s substantial wooden marotte (fool-stick) which stands upright or reclines exactly as its human counterpart does.

It isn’t clear who commissioned these illuminations, or why.  René died in 1480 so it is unlikely they were done at his behest, as they date from 1500.

Triboulet was a historical figure, a ‘natural’ fool who served René, Duke of Anjou and Count of Provence (and at some point, for good measure, King of Naples).  There is a bronze medal of this Triboulet struck by Francesco Laurana (1430-1502) in about 1461.  It is quite possible therefore that the jester had died by the time these illuminations were made in 1500.

As the images are presented without any corresponding text, this is currently a creative game of Guess the Story, pending my being able to examine the original manuscript in The Hague.   Note that ‘Triboulet’ came to be a generic name for a jester, as ‘Patch’ was in England.

For the record, this Triboulet is not to be confused with a slightly later one who served Louis XII and François I in the first half of the 16th century.  We will in due course feature each of them in their own biographical dossiers, including related anecdotes and portraits. 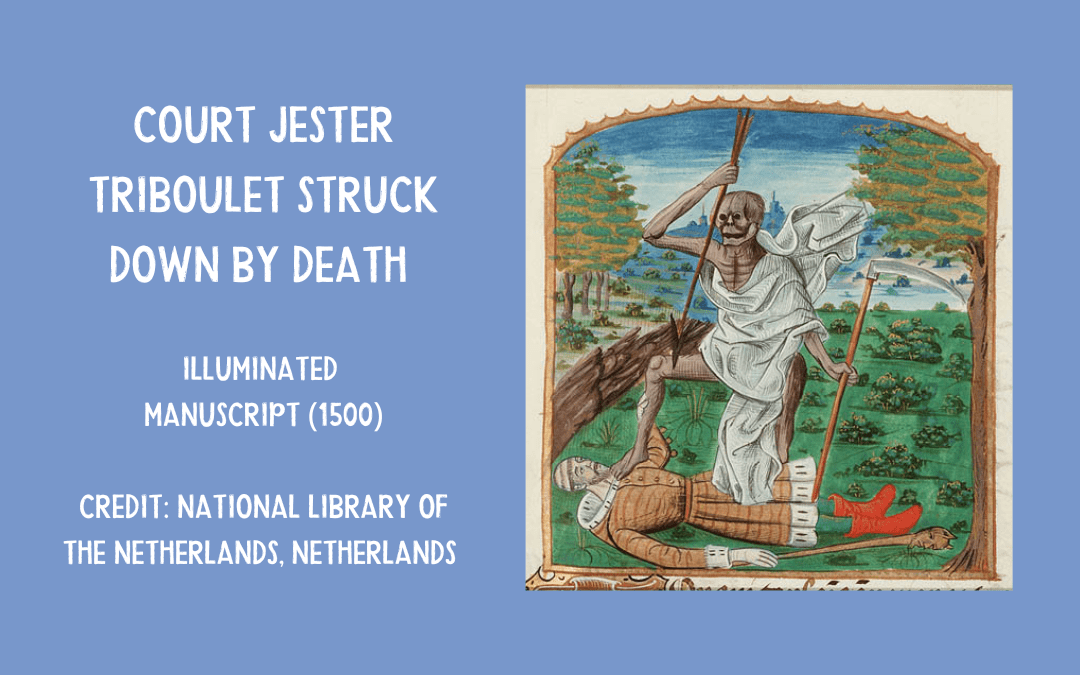 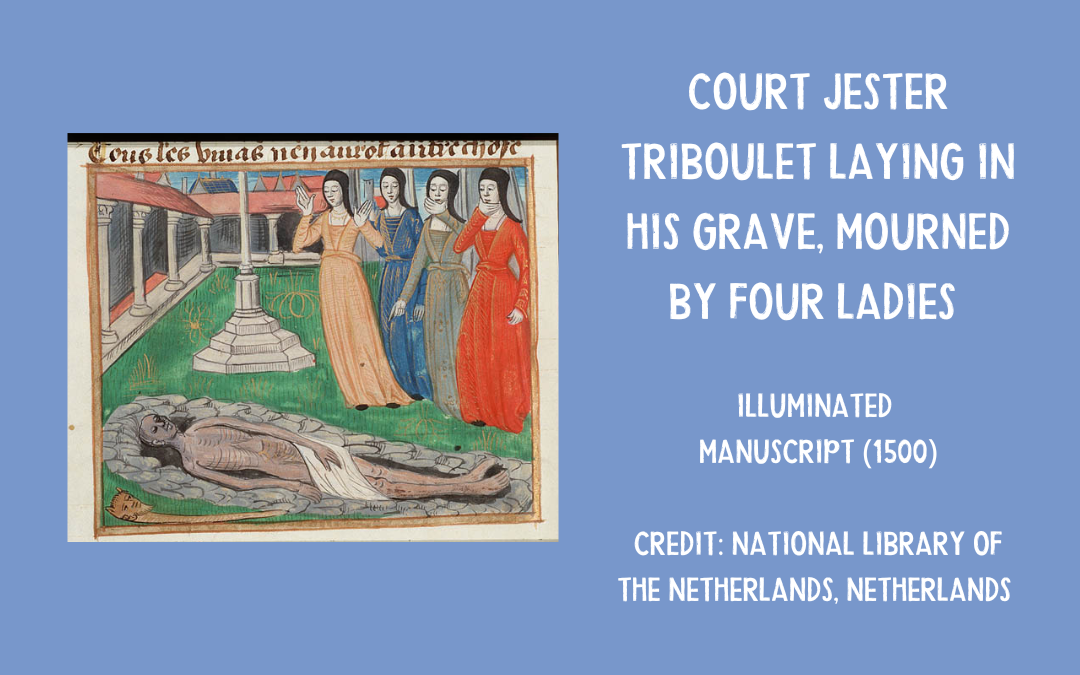 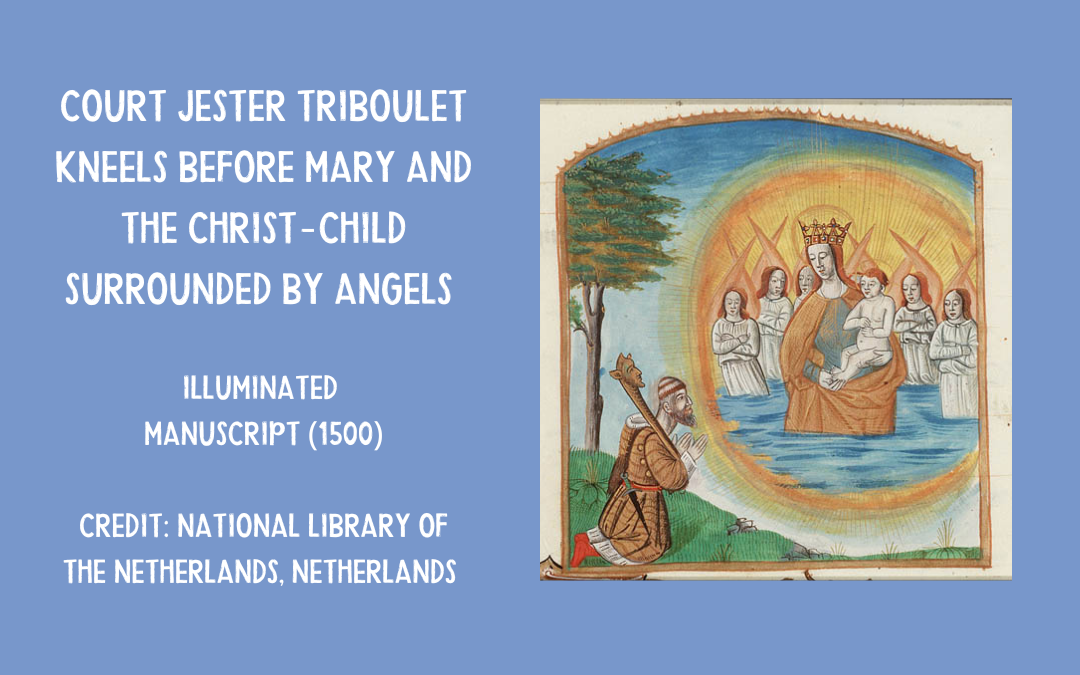 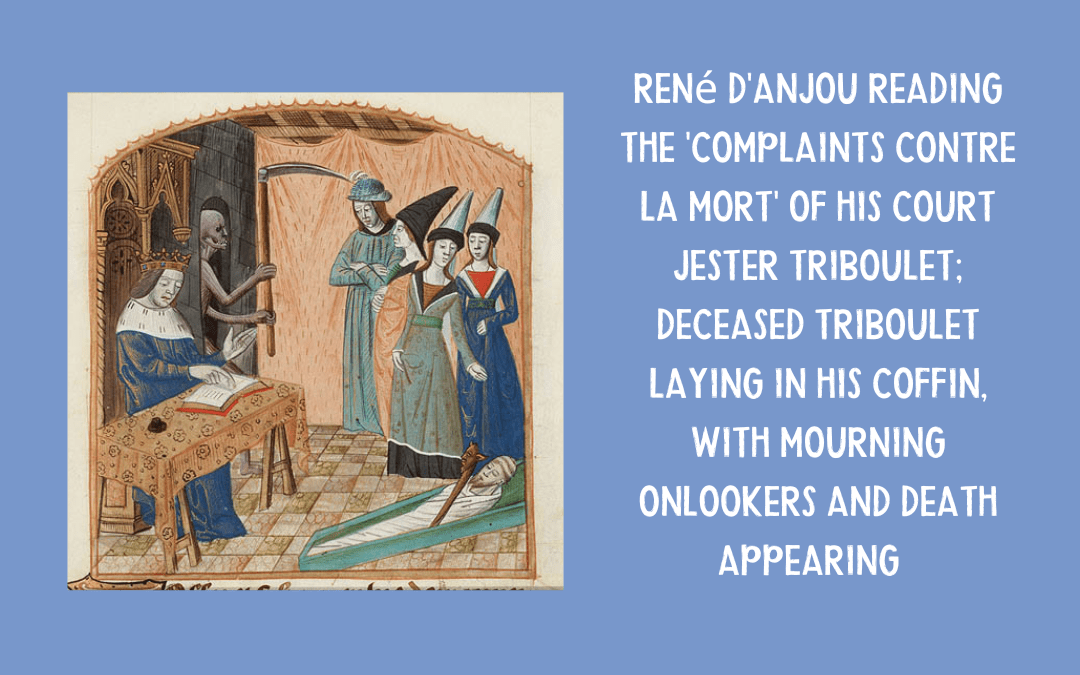