Portrait of the jester Tom Derry 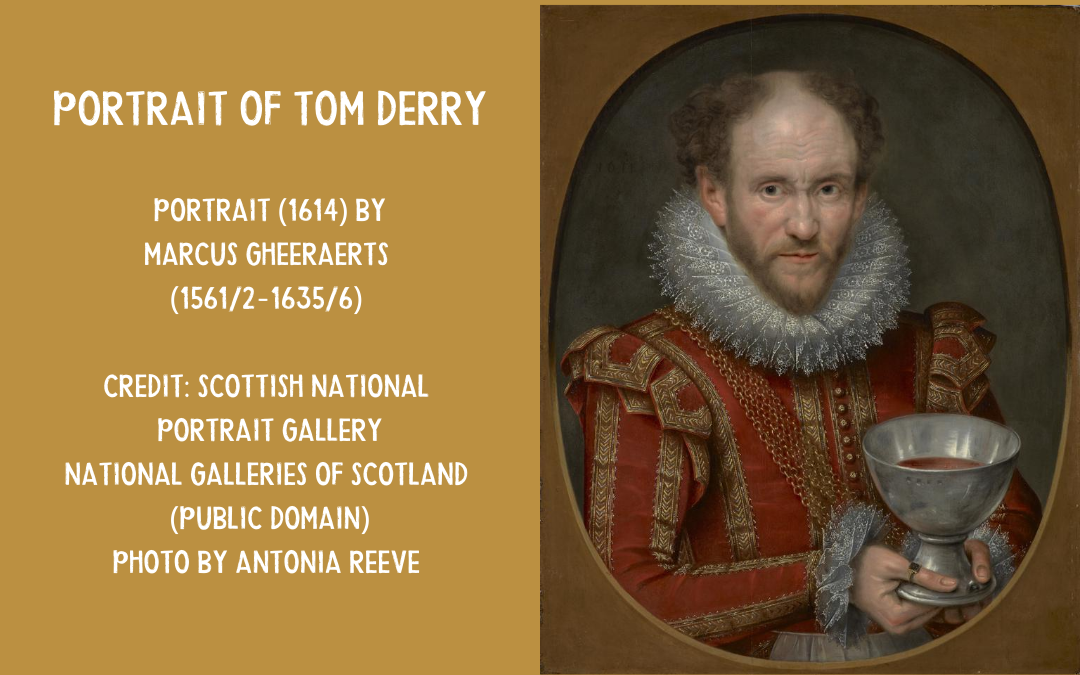 Thomas (Tom) Derry was a ‘natural’ fool in the service of Anne of Denmark (1574-1619), wife of James VI and I, and hence Queen of Scotland and England.  Like many court fools, in particular those considered ‘naturals’ (that is, having some form of mental disability or other neurodiversity), he had guardians or carers.

Note the lavishness of his clothing – a sumptuous doublet and a gold chain around his neck.  He is also holding – or proffering – a goblet of red wine, said to be a hospitality cup which would be shared among guests on ceremonial occasions.  See as comparison, a portrait of Otto Kyhl, jester at the Danish court, holding a glass of wine.

Derry’s portrait was displayed at Denmark House in a passage between the queen’s withdrawing room and the gallery. The queen commissioned this and one other portrait of him, by Paul van Somer, recorded in an inventory as ‘Tome Derey at Length’; it appears this second portrait may have gone missing – will keep you posted. 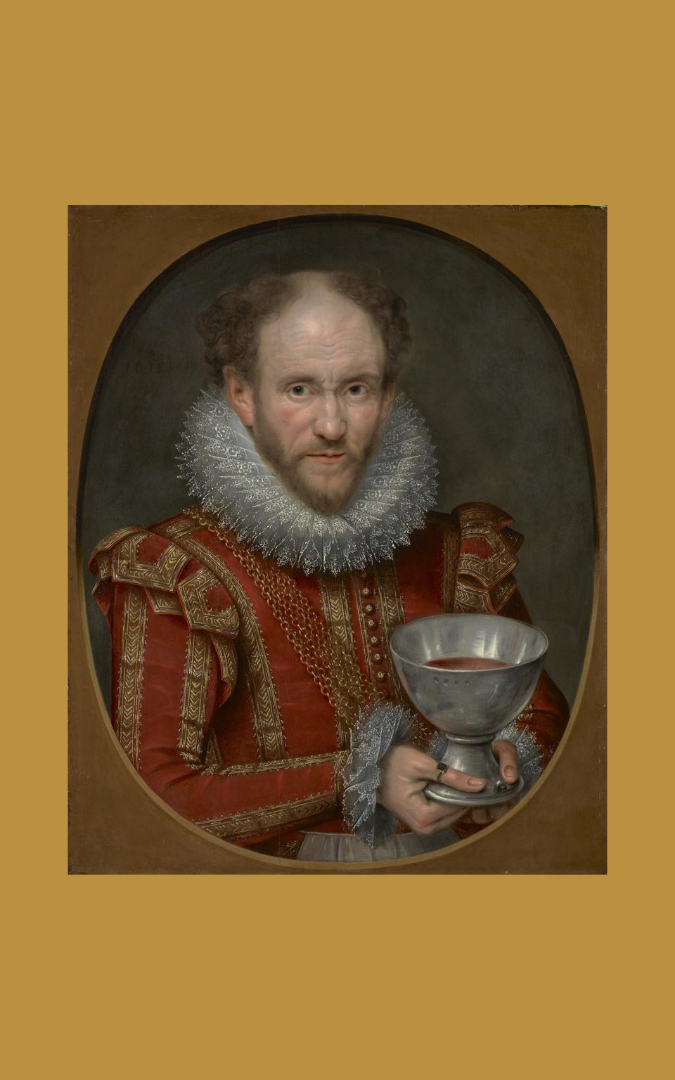 There is also a double portrait of two jesters we will soon feature, one of whom is believed to be Tom Derry.