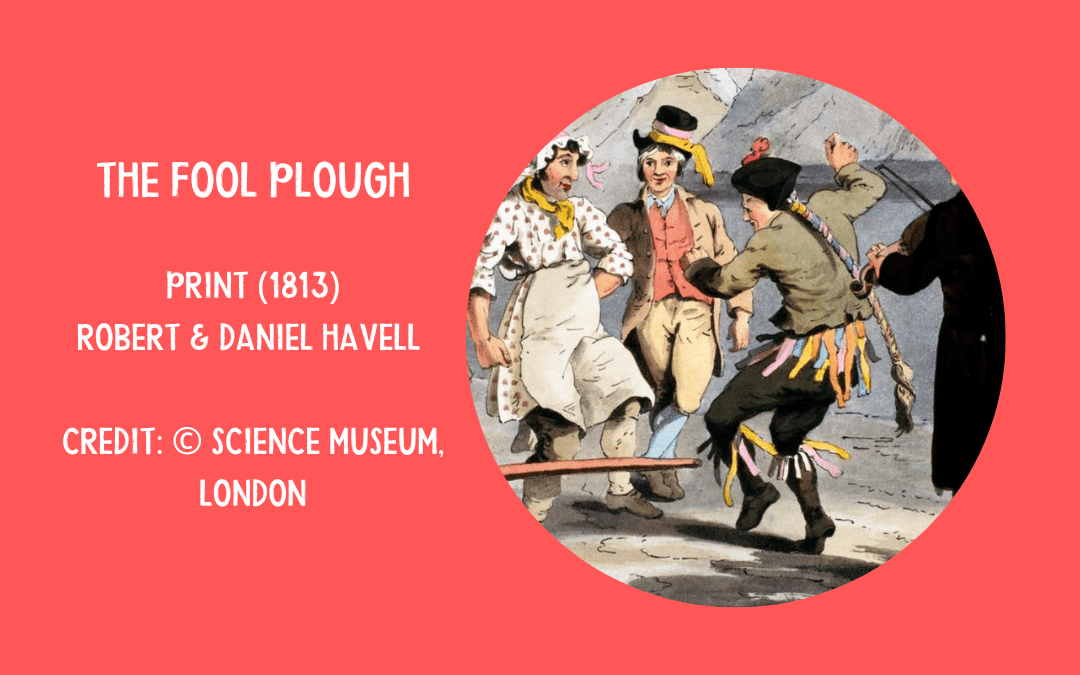 This hand-coloured aquatint dates from 1813 and illustrates a custom connected with Plough Stots, a form of traditional sword-dance from Yorkshire.   The core group of six dancers are accompanied by other characters, including a fool.  According to the Science Museum:

Plough stots is performed on Plough Monday, in January at the start of the agricultural year. The ploughmen dress in character and go through their village dragging the plough and acting the fool.

Note the costume leans towards the particoloured outfits we traditionally associate with fools, with variegated ribbons edging the waist and leg-bands, and wrapped around a kind of pony tail.  The ribbons also echo Morris dancing costumes. 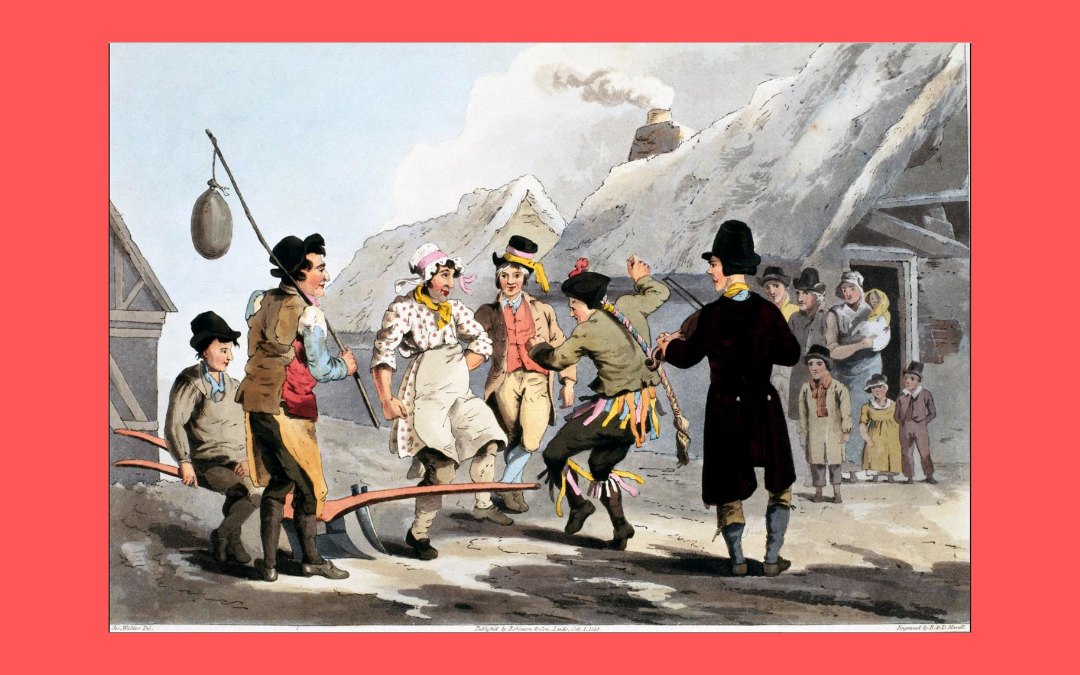