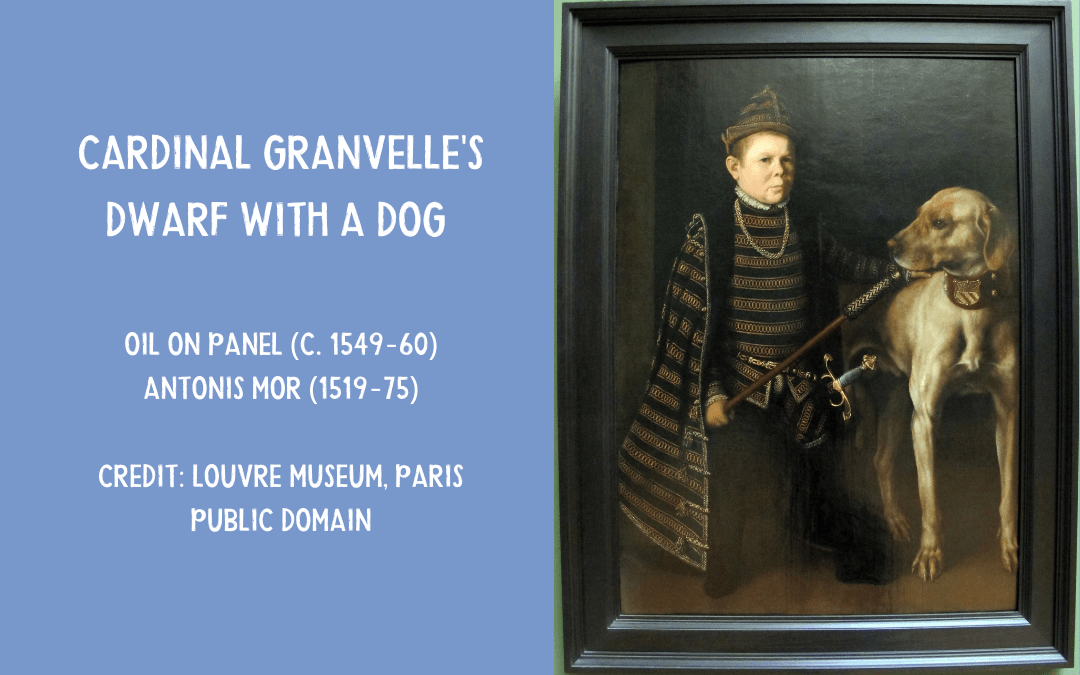 Europe stands out for the range and number of representations of fools and dwarfs in art, particularly during the late Middle Ages and into the Renaissance.  There seems to have been an enduring fascination for both minds and bodies differently cast; dwarfs were commonly featured, but we also know that ‘naturals’, fools with a different mental apparatus, were often included in the household and could be portrayed in art.

The dwarf Estanilao served Cardinal Antoine Perrenot de Granvelle (1517-86), a leading figure in the Hapsburg world, and this is one of two double portraits of him at a time when double portraits were themselves popular.

In Mor’s painting, Estanilao, richly dressed, stands alongside a hunting dog, looking grave and dignified and in a superior position to the powerful animal, being both further forward than the dog and facing us (the dog is rather in profile). 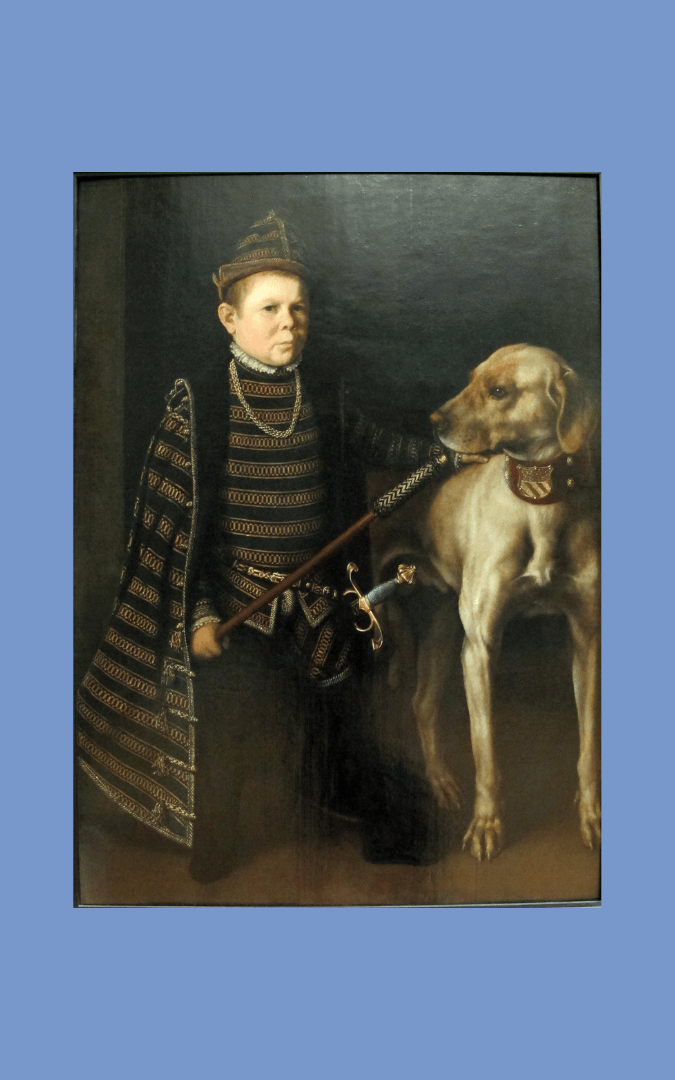 In such portraits the higher status of one over the other is demonstrated in physical height and other signals, such as a hand placed perhaps partly affectionately and partly patronisingly, on the other.  Mor’s composition reverses the order of other double portraits in which a dwarf is shown in a subordinate position, alongside their master or mistress, turning on its head the normal hierarchy, making it part of another genre, that of the ‘world upside down’.