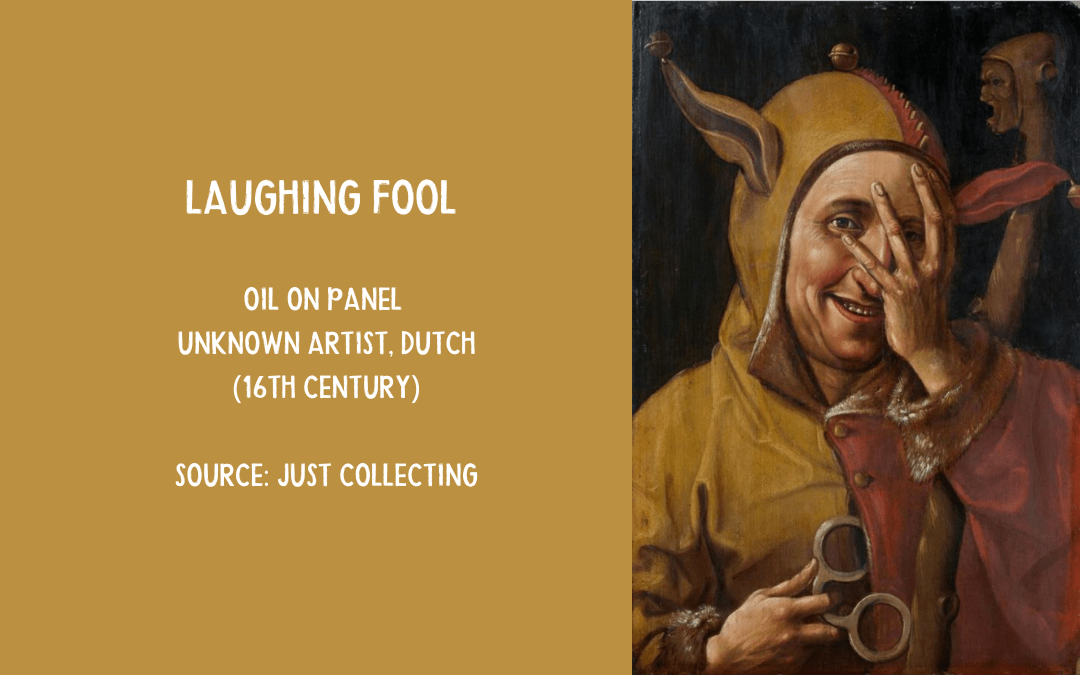 The peeking through fingers stance is enigmatic, this we know.  This version of it, apparently a pretty straightforward twin of the second in our series, if not a copy, is elusive.  By chance I saw it on an online art mart.

It has now disappeared and I know of no other reference to it.  It was listed as 16th century Dutch, which may be possible given the others we’ve seen, again oil on wood.

The only notable difference from the others is the addition of a bell to the already symbol-laden coxcomb-ass-ear cap.

The peeping-through-fingers alludes to a proverb which equates to English expressions such as ‘turning a blind eye’ or ‘looking the other way’.  Cavalli-Björkman suggests it could mean to ‘avoid seeing things as they are, particularly if they are unpleasant’.

She mentions a saying alluded to in Pieter Bruegel’s painting The Flemish Proverbs: 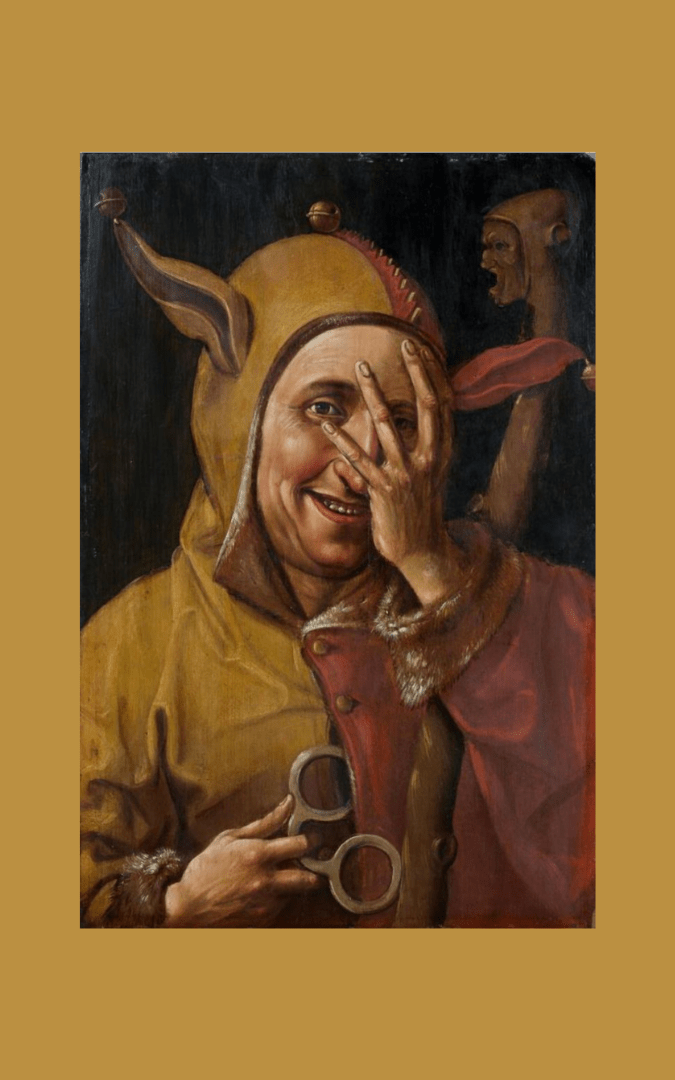 (‘He who never looks through his fingers at aught, will never in the world be sought’.)

Pleased to add this one to the collection, particularly as it is probably now in private hands and off the radar.  If anybody has any insights, do let me know.

Craig, Kenneth, ‘Proverb’s Progress: a Fool Looking Through His Fingers’, in The Great Emporium, The Low countries as a Cultural Crossroad in the Renaissance and the Eighteenth Century (Amsterdam 1992), pp. 105–36.