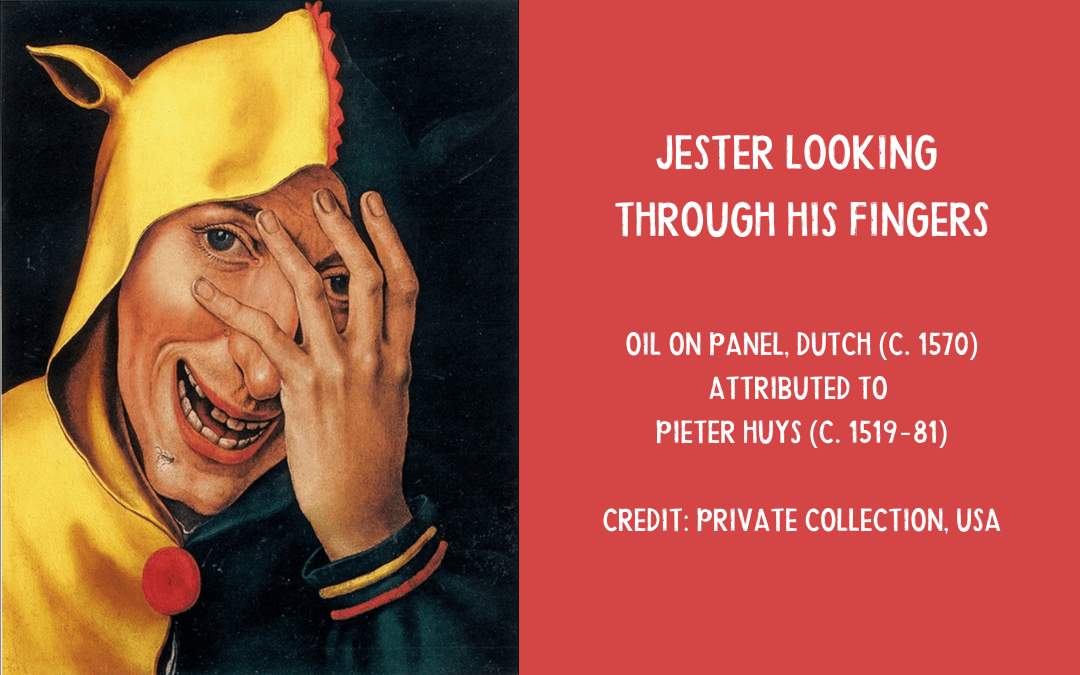 This version of the ‘peeping through fingers’ jester was attributed by Tietze-Conrat in her 1957 book to the artist Pieter Huys (c. 1519-81), although the art historian Cavalli-Björkman has questioned this and further moots the possibility that this painting, along with the two similar finger-peeping examples we’ve featured (‘Laughing Jester’ and ‘Laughing Fool’) were all by an earlier northern Dutch artist, on the grounds that:

Stylistically they are very much alike, painting in an old-fashioned, rather abrupt and angular manner with a hard surface of paint in brilliant colours on a dark background.  This return to a 15th century style was not unusual in the northern Netherlands around the 1520s.

While I question this reasoning when I look at the three paintings, which have differences in style as well as marked similarities, if Cavalli-Björkman is right, the painting would date from around 1520, half a century earlier than the date currently attributed to it, circa 1570. 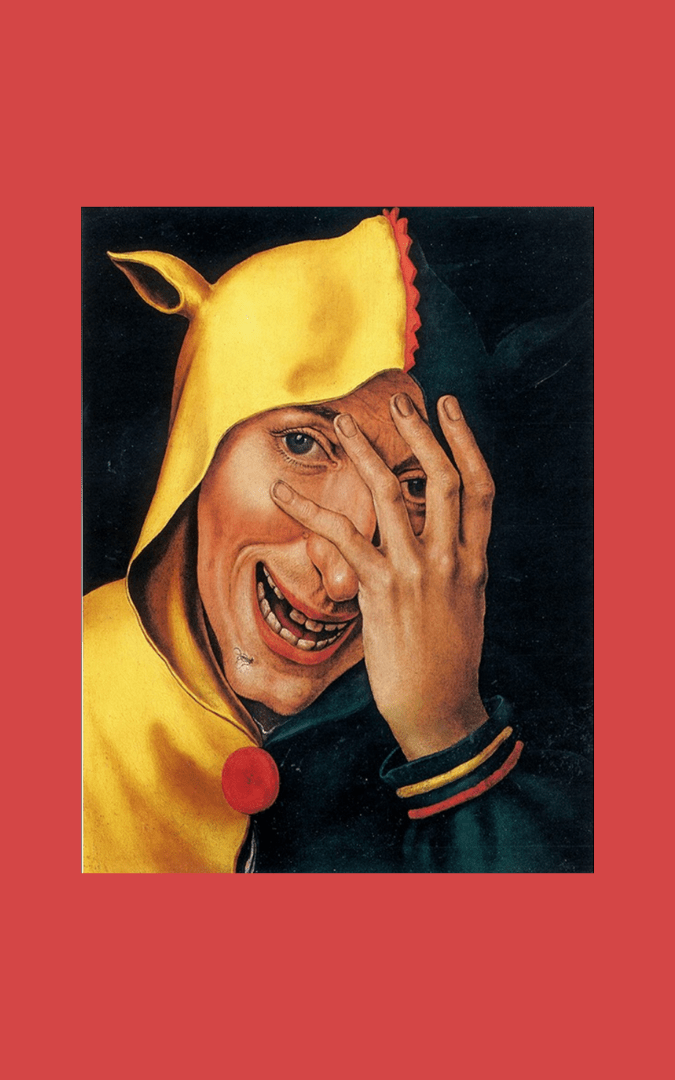 This jester has clothes of the same colours as the other two, and Cavalli-Björkman’s interpretation of these is worth mentioning:

Beyond that, there are some differences between this painting and the two we’ve already highlighted.  This one is a close-up of the jester’s head, without the background marotte (or fool-stick), and without a pair of glasses held to the chest.  He does have a similar coxcomb-ass-ear cap and the same enigmatic peeking through his fingers.  He also has a laughing expression, perhaps less mirthful than the other two; this one is slightly discomfiting, as if he knows something you don’t. He has a wart on his face which isn’t apparent with the other two.

The peeping-through-fingers appears to refer to a proverb meaning the equivalent of ‘to turn a blind eye’ or ‘look the other way’ in English.  Cavalli-Björkman suggests it could mean to ‘avoid seeing things as they are, particularly if they are unpleasant’.  She mentions a saying alluded to in Pieter Bruegel’s painting The Flemish Proverbs:

(‘He who never looks through his fingers at aught, will never in the world be sought.’)

Curiously, regarding the finger-peeping, Tietze-Conrat says she considers the ‘turn a blind eye’ interpretation of this gesture as being wrong, though she doesn’t offer any reason or alternative.

Craig, Kenneth, ‘Proverb’s Progress: a Fool Looking Through His Fingers’, in The Great Emporium, The Low countries as a Cultural Crossroad in the Renaissance and the Eighteenth Century (Amsterdam 1992), pp. 105–36.