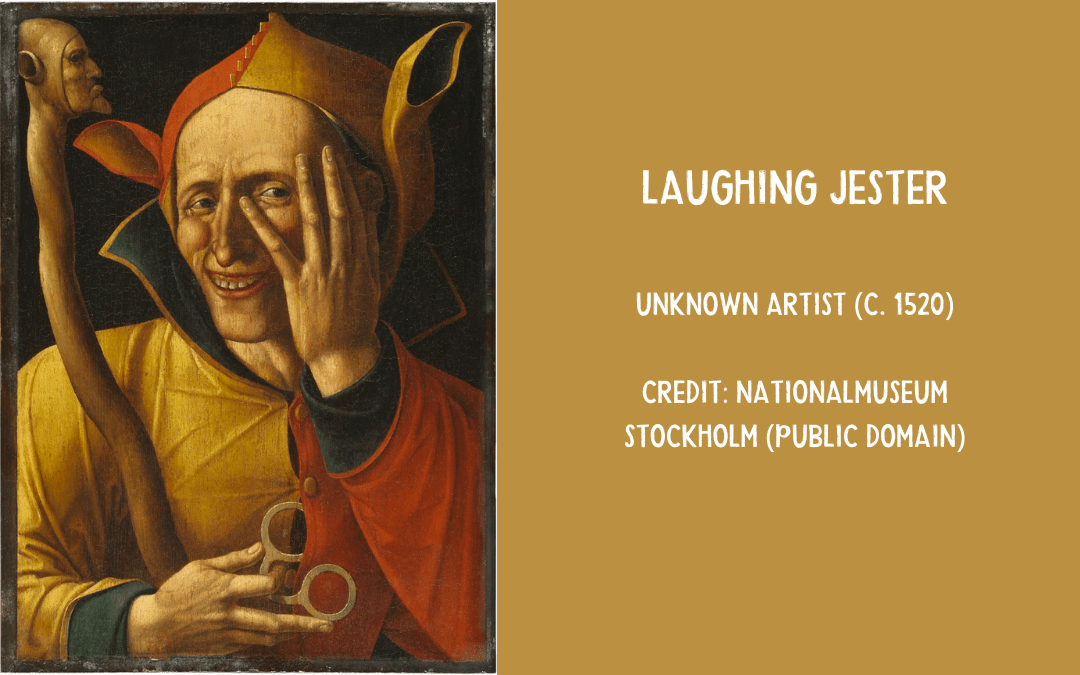 The ‘Laughing Jester’ by an unknown Dutch artist is generally dated to around 1520.  This work, which is the front cover illustration of the Fools Are Everywhere book, is one of several paintings featuring a jester in this enigmatic stance – peeping through his fingers – which we will be highlighting in the coming weeks in an endeavour to better understand them as a group.

A first exploration of this theme is a paper by Görel Cavalli-Björkman which presents a few of them; having found other examples, and feeling that some questions remain unanswered, this is an attempt to build on her work.

This example presents a jester in the iconic costume commonly attributed to them: parti-coloured clothing in striking combinations and colours, here green, red and yellow, and the cap complete with ass ears and coxcomb, both signalling the fool.

Cavalli-Björkman mentions the colours of the clothing: 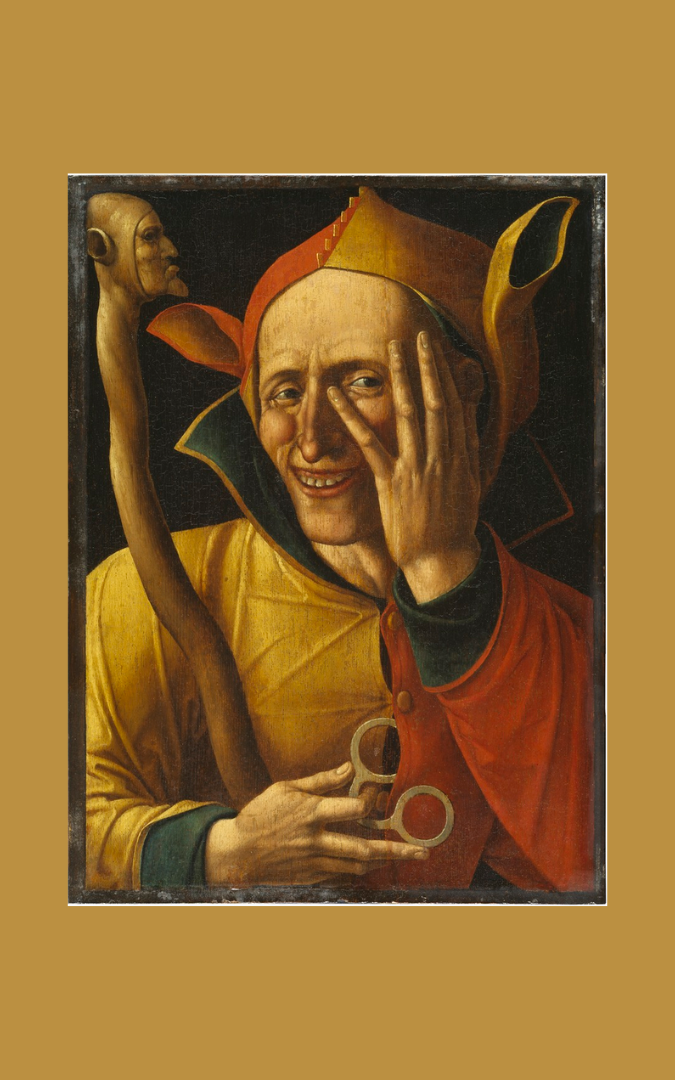 He also has the jester’s ‘marotte’, the fool-stick topped with a small jester’s head – allowing the jester to engage in a conversation with another fool and even to address mockery to this mirror-fool that might be intended for other people in the room.

The peeping-through-fingers is intriguing.  Cavalli-Björkman suggests it could mean to ‘avoid seeing things as they are, particularly if they are unpleasant’, something like ‘turning a blind eye’.  She mentions a saying alluded to in Pieter Bruegel’s painting The Flemish Proverbs:

To be continued… with other paintings in the group to follow, starting with a remarkably similar jester.

Craig, Kenneth, ‘Proverb’s Progress: a Fool Looking Through His Fingers’, in The Great Emporium, The Low countries as a Cultural Crossroad in the Renaissance and the Eighteenth Century (Amsterdam 1992), pp. 119-20 and fig. 7.