Jugglers at a banquet 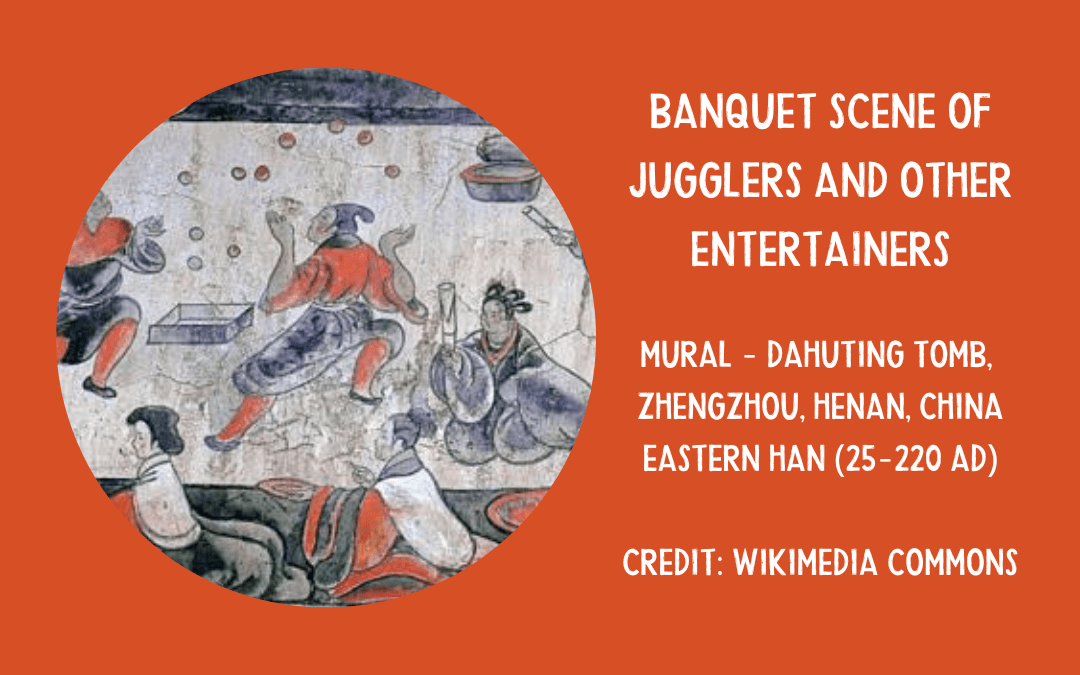 If you follow the Fooleum, you will have gathered that there is a relative paucity of images of Chinese jesters and related entertainers, at least when compared to the pictoral plethora in Europe.

So I was delighted to discover this Eastern Han dynasty (25-220 AD) tomb mural featuring a fully paid up juggler, among other entertainers.  It’s from these kind of images that we can begin piecing together a tentative sense of what Chinese jesters might have looked like.

And here is a fine earthenware Chinese figurine of a (probably foreign) entertainer, apparently carefully balancing something on his nose. 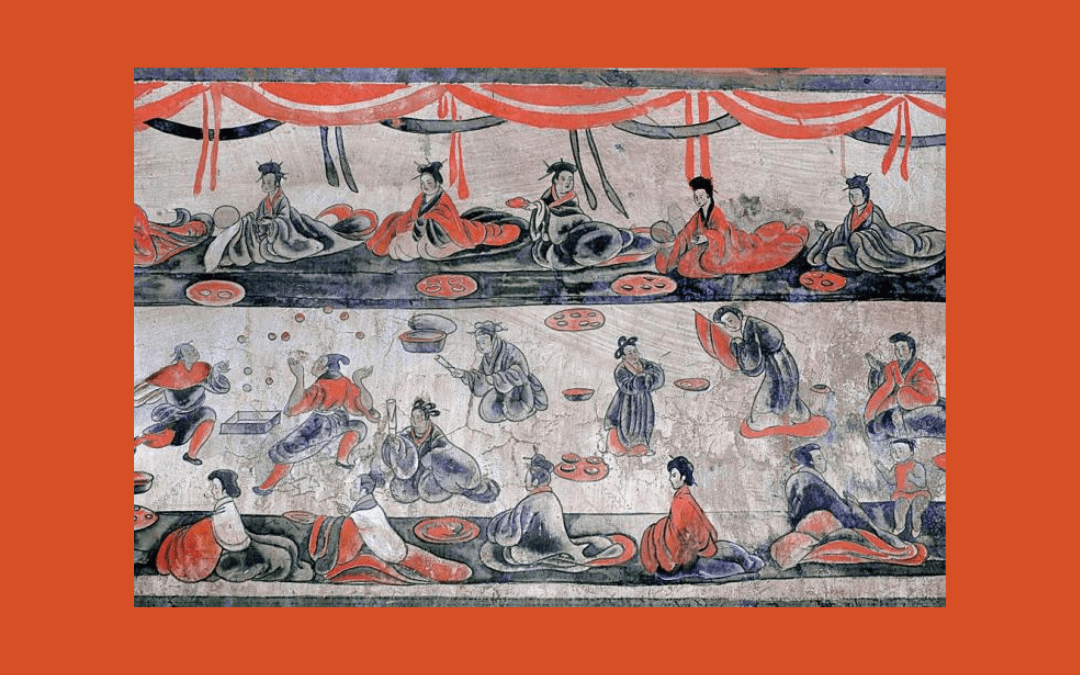