A fool and a dwarf 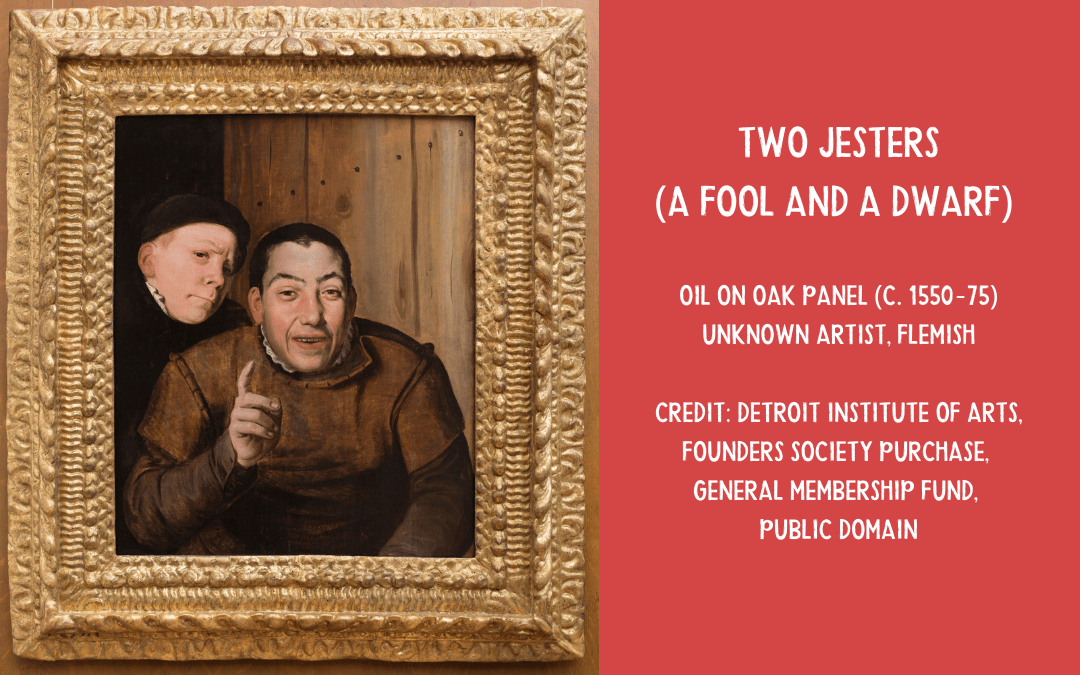 This is one of two double portraits featuring Estanilao, a dwarf who served in the household of Cardinal Antoine Perrenot de Granvelle (1517-86), a leading light in Hapsburg Europe.

In this painting, the dwarf appears behind and beside what seems to be a ‘natural’ fool, who is wagging a finger at the spectator. The fool has a mocking expression and could be playfully admonishing us, while Estanilao’s expression is enigmatic and even ironic, as if he knows something we don’t, or is signalling us not to pay much attention to the finger-wagging fool’s injunctions:  ‘Hey, don’t listen to a word of it, he’s just a fool’.

It’s also curious that Estanilao looks as if he has just slipped in by the open door behind, late for his sitting, or simply decided to gate-crash the painting.

The relationship between the two is unknown, as is the identity of the fool.  Perhaps he served in the same court, or he may have belonged to another household, brought together for this painting. 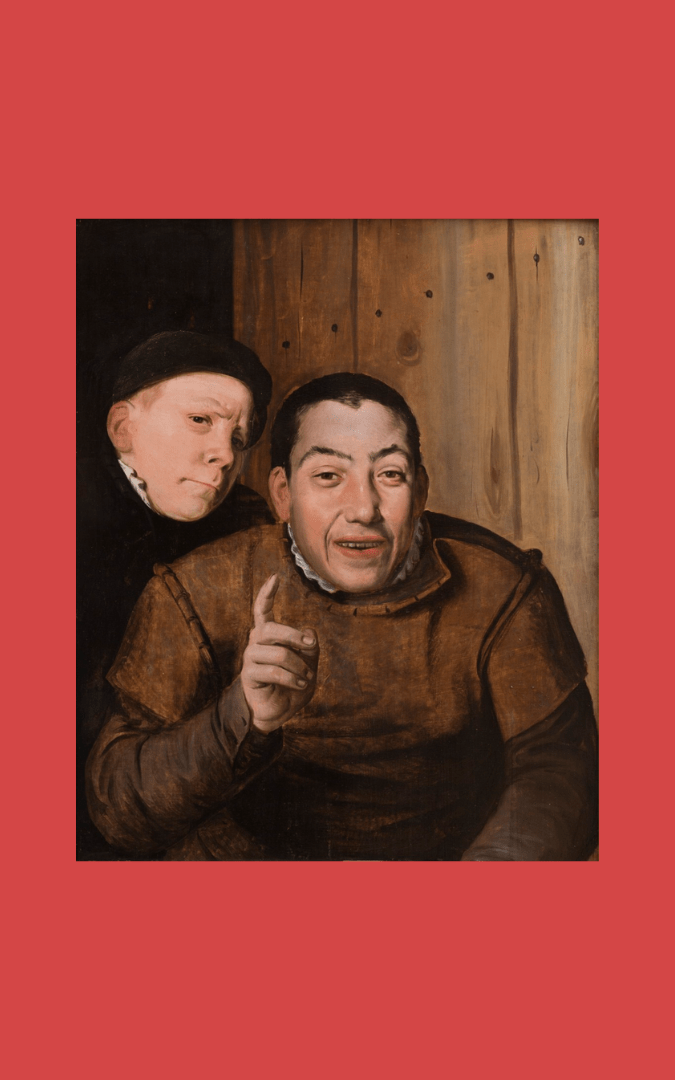 Interestingly, one catalogue title of the painting is ‘A fool and a dwarf’ while another is ‘Two Jesters’, showing something of the blurred line between the roles of dwarfs and jesters.

The fool occupies the centre and foreground of the painting whereas Estanilao appears off to the side; his position reminds me of those joking sessions in passport photo booths, where a friend sticks their head in at the side just at the moment the flash goes off.  I even found myself wondering if the fool could be unaware of the appearance of the dwarf behind him.

It is also interesting to note that while in the other double portrait, by Antonis Mor (1519-75), featuring Estanilao and a hunting dog of the Cardinal, the dwarf appears to have the dominant place in the composition; in this one he seems to be playing second fiddle, squeezing into the side of the panel, with the fool being front and centre.

This painting has previously been attributed to Frans Floris (c.1519-70).