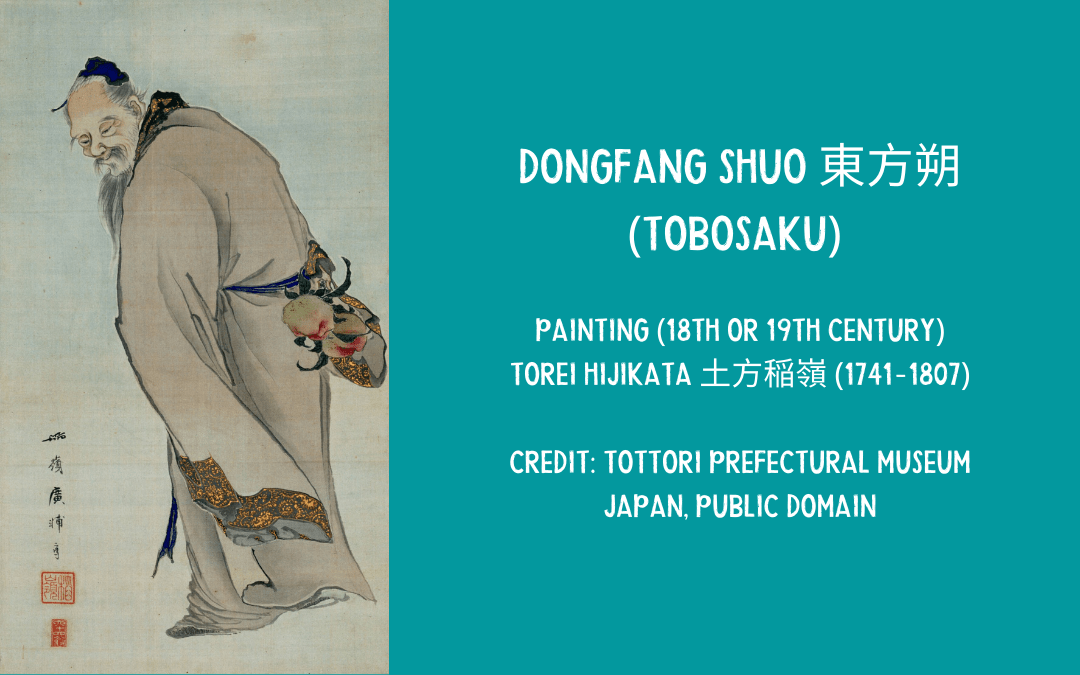 This is a personal favourite among many depictions available of Dongfang Shuo 東方朔 (c. 160 – c. 93 BCE), although it was created nearly 2,000 years after he lived.  By an 18th-19th century Japanese artist, Torei Hijikata 土方稲嶺 (1741-1807), it conveys the energy and exuberance of a Chinese character who had, alongside his historical roles of courtier and jester, another life as a Daoist immortal.

His tricksterish side includes having stolen the peach of immortality and in the end flying away on a cloud dragon.

From the jester angle, he served the Han dynasty emperor Han Wudi 漢武帝 (r. 141-87 BCE) and accounts of his acting as a robustly outspoken, truth-telling jester can be found in several dedicated biographies in Chinese classical histories, as well as in the first and most well known of collective Chinese jester biographies, Sima Qian’s 司馬遷 (c. 145-86 BC), `Biographies of the Jesters’ 滑稽列傳. 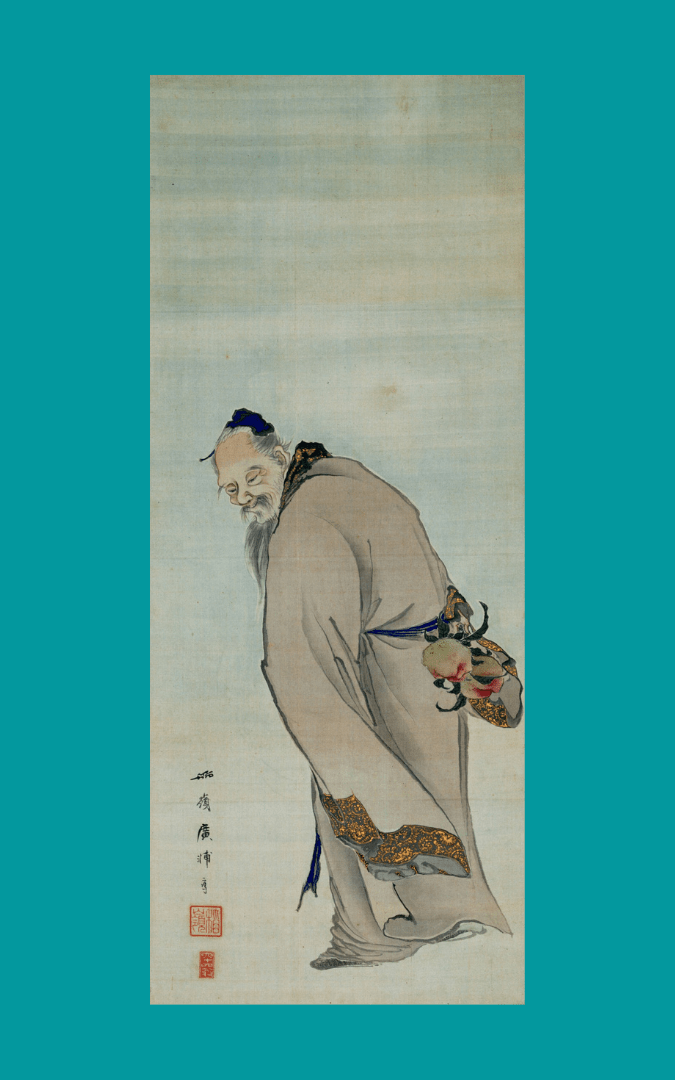 Another of his biographers, Ban Gu 班固 (32-92), specifically mentions Dongfang Shuo’s willingness to speak out in even bold reprimand, and notes that the emperor always listened to what he had to say.

Other accounts include playful exchanges of riddles with another jester, Guo Sheren 郭舍人, in which Dongfang Shuo always wins, contributing to his dazzling reputation among the masses.