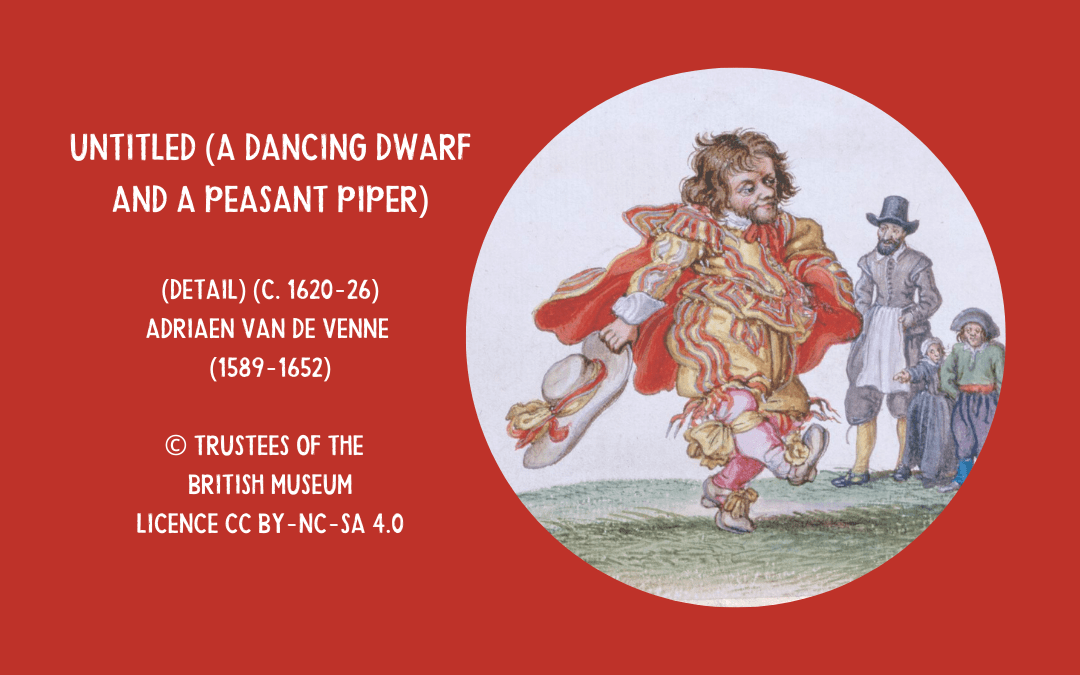 A lively portrayal of a dancing dwarf, accompanied by a piper, this is from an album of 102 drawings, with the dwarf resplendent in a striped silk costume.   The details provided below by the British Museum, to which it belongs, deal with the nature and ownership of the picture rather than the choice of subject, which may simply not be known.

But he is a merry character, and one can only wonder whether he represents an individual simply dancing for fun, or one affiliated to a wealthy household as many dwarfs and jesters were, in some capacity of companion or entertainer.

Dwarfs regularly shared common ground with fools and jesters in terms of the position they might occupy in the homes of the elite, and it is not surprising when one encounters a jester who is a dwarf (or vice versa, if you prefer).  However, this doesn’t mean that all dwarfs were jesters.

See also a drawing from the late 18th century of an Indian dwarf dancing. 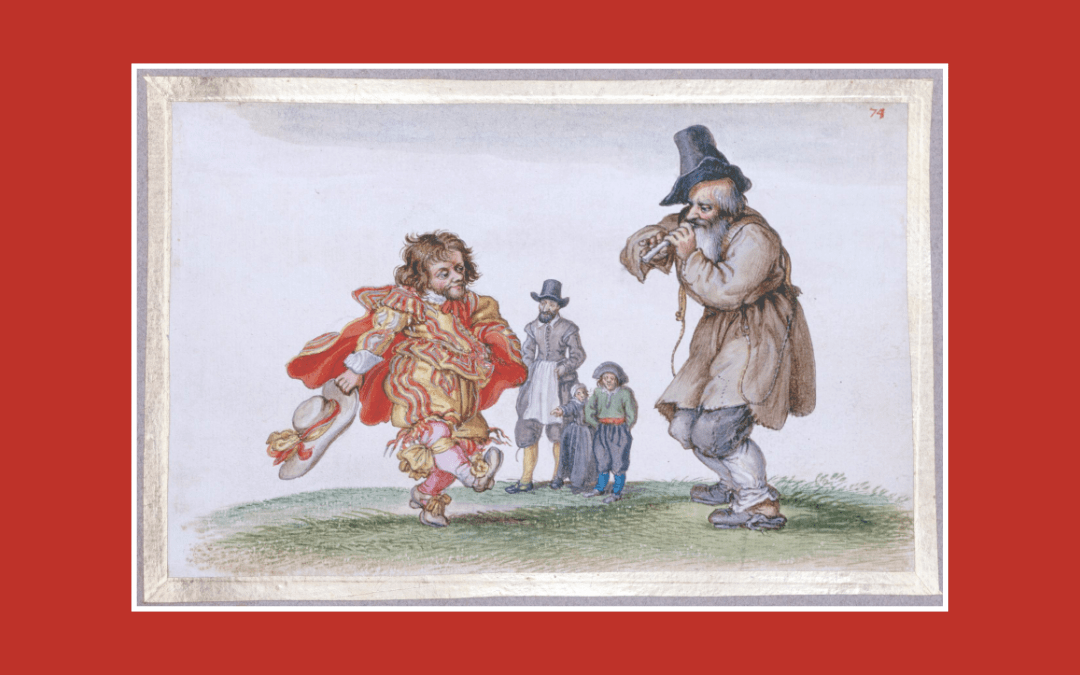 British Museum notes: The album is bound in red velvet with green silk endpapers tooled in gold, in a green morocco case with gold decoration and lettered ‘ADRIEAN/VAN DER VENNE’S/COMMON PLACE/BOOK’, containing 102 leaves mounted on which are 102 drawings with manuscript numbers 1-105 (3 numbers missing – 23, 103 and 104), interleaved with tissue paper, with figures and scenes illustrating life in Holland in the 1620s. The flyleaf is inscribed with details of the album’s purchase by John, 1st Earl Spencer, and of its binding by Henry Walther in 1793. Watercolour and bodycolour, over black chalk, heightened with silver and gold.