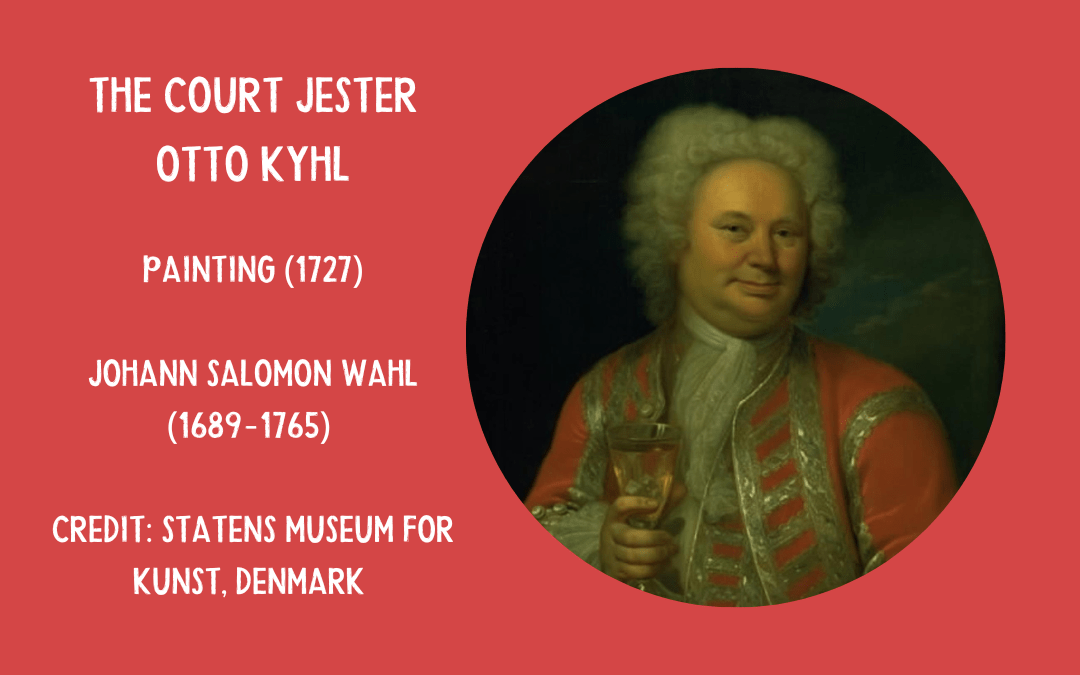 The portrait was done in 1727 and shows the jester, Otto Kyhl, rather splendidly attired with an amply filled wine glass.

Note that portraits of historical jesters generally show them wearing clothes of their time, usually of rather fine quality and even sumptuous – I can’t think of one which depicts a real jester in the emblematic costume of cap and bells.  If that changes, I’ll let you know. 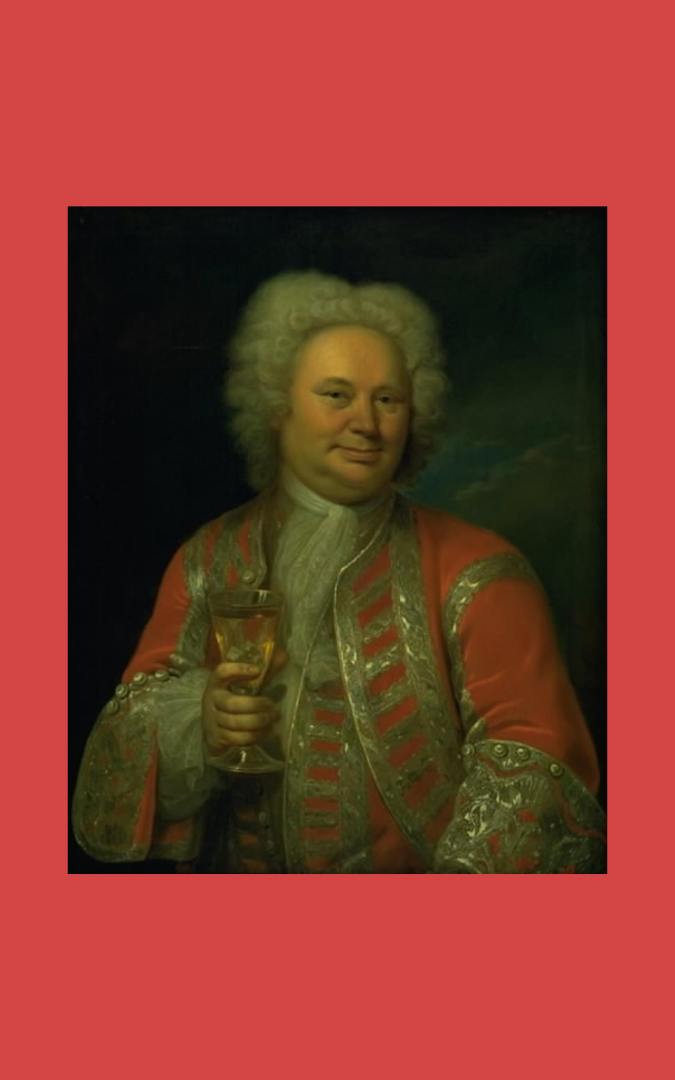