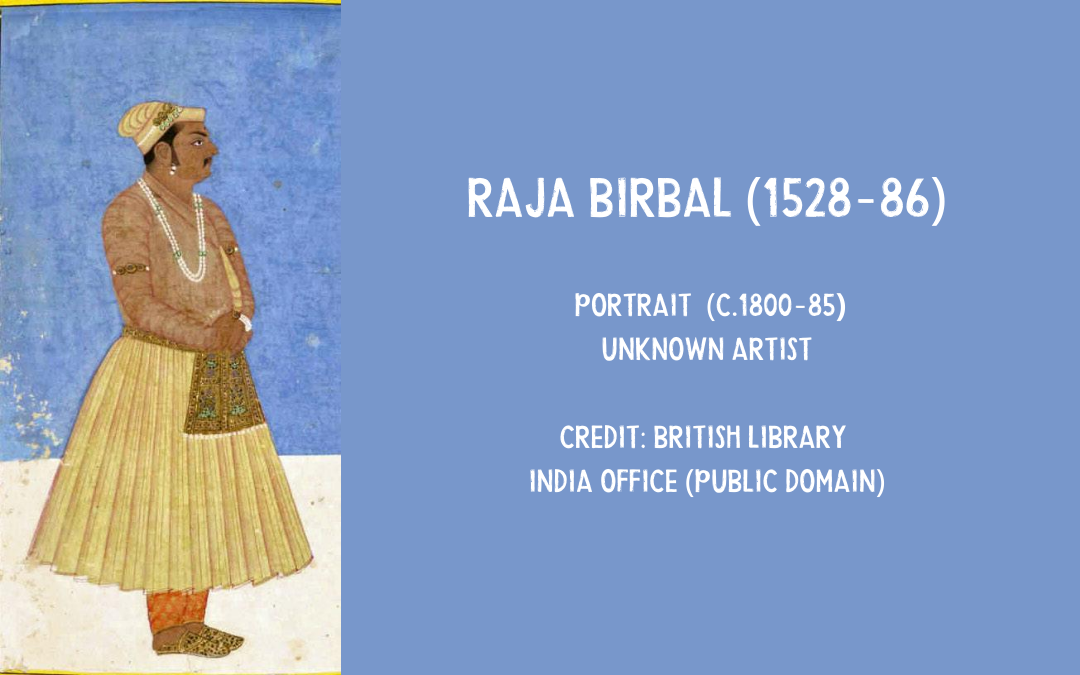 Birbal was a Hindu courtier, described by some as a Minister or of similarly high rank, at the court of Akbar the Mughal emperor (r. 1556-1605).  However, his fame stems from having apparently fulfilled the role of jester to Akbar, qualifying him as one of the three superstar Indian court jesters alongside Tenali Rama and Gopal Bhar, legendary in the richness of stories of their besting courtiers and others.

There is a magnificent house said to have been bestowed by Akbar on Birbal, still widely considered as ‘Birbal’s House’, and an account of Akbar’s sorrow at the loss of Birbal.

This portrait of Birbal was apparently done three centuries after he lived, and so may not be a living likeness; it has been ascribed to a 19th century Mughal painter.

For further references, see our nascent Biography on Birbal, a newly opened and therefore incomplete file. 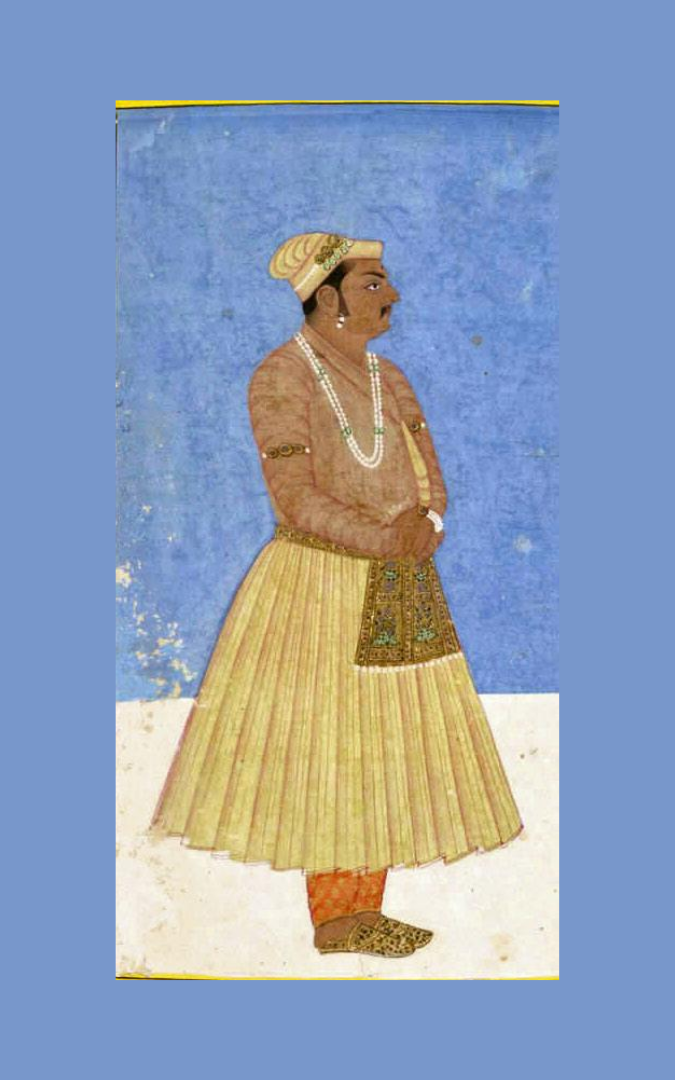