Top hole, top notch, sign me up for regular shots!

What and who is behind foolsareeverywhere.com?

The fool as a globe-spanning archetype blazed into my consciousness the day I discovered the vivid biographies of court jesters by China’s Herodotus, Sima Qian (145-c. 86 BC). Flourishing over 1500 years before Shakespeare encoded Lear’s fool in our cultural DNA, they were strikingly similar to the Western court jester.

This prompted five years’ intensive, joyous exploration of their nature and reach, including over 400 stories of Chinese jesters ranging across two millennia of primary sources, along with materials in other languages I couldn’t even pretend to have mastered.

In this I relied on the generosity of scholars who shared knowledge and insights, most notably my supervisor Bill Dolby. Ostensibly a sinologist, he was a model of the far-reaching inquiring mind we used to call ‘renaissance’, who could just as niftily sight-translate old Welsh, medieval German in blotchy-goth print, or a letter from Isabella d’Este concerning her fools.  He steered me with tact and humour through uncharted waters, throwing open the vast archives of his mind and handing me, piled high, the fruits of his labours. I miss Bill deeply.

Lee Siegel stands out as a second role model. He bolstered my belief that scholarly writing can and should be sparkling through the sheer exuberance and freshness of his Laughing Matters. It also gave me the confidence not to extirpate every whiff of wit from my own writing, despite dire warnings this would cause outrage (it did). Love and thank you, Lee.

In reading his book, struck by its liveliness in a sea of less than lively academic norms, I turned it over to see who published it. On that basis, in my naivety, I decided Chicago University Press was ‘my kind of’ publisher and I would ask them to publish my book. Sometimes, naivety pays.

Another half decade or so to get the manuscript through the hurdles of rigour-testing a reputable publisher uses, but again, a joyous experience due to the warm, unwavering and sensitive champion I had as editor, David Brent. Love and thank you, David.

All of which culminated in Fools Are Everywhere: The court jester around the world (Chicago University Press, 2001 & 2007), winner of the American Association of Publishers’ award for outstanding book of the year in its class.

Lastly, the time, space and freedom to take this venture further is due to the boundless support of Luiz Pivotto, to whom all my love, gratitude and admiration.

And now, finally, the website. It has taken this long due to a character trait (a strength or weakness, depending on your view). As diagnosed decades ago: ‘Your problem is that you see everything in panorama and it overwhelms you; you see the wood AND the trees’. I laughed at the accuracy and it’s helped me ever since.

Websites suit all-or-nothing types because they don’t require a ‘perfect’ or final product to get going. In fact, as I’ve learned from earlier sites, it’s better to go-slow-mo so you don’t overwhelm busy people with what you believe to be gasp-in-awe wonders.

And you, dear readers, I hope you will gasp-in-awe at the fools and jesters of the world. Adaptable, resilient, funny, fearless, sharp, honest, quick thinking, creative, dexterous and witty, we need them more than ever. Send me examples you encounter, in texts or images. Or in life. 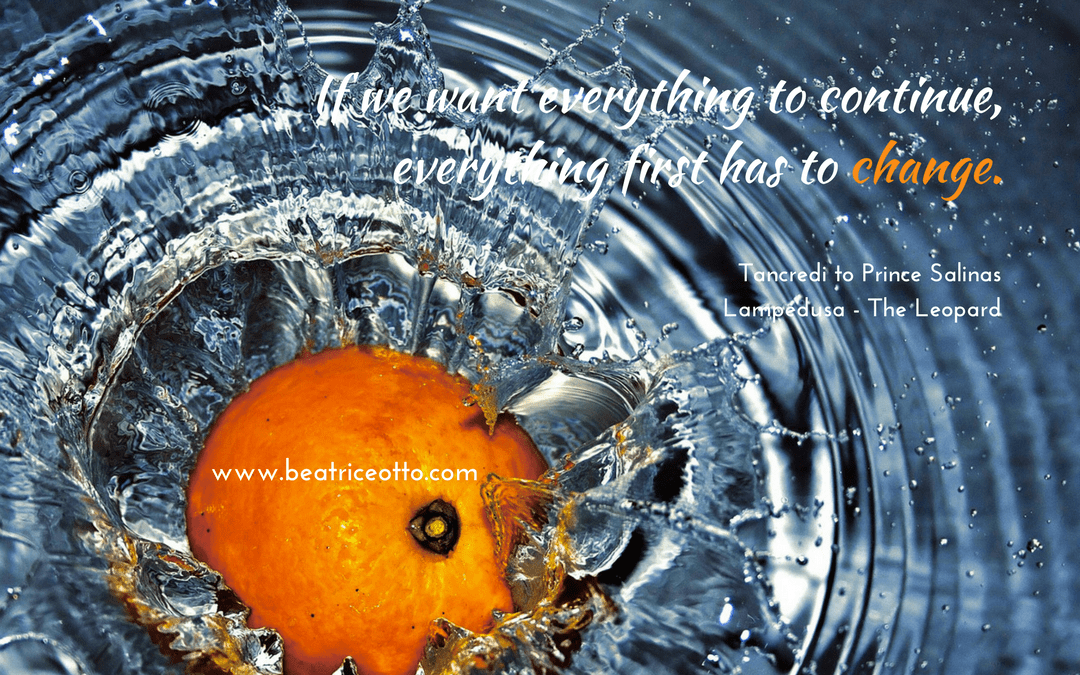 An online professional profile designed as a first attempt to compensate for the colourless aesthetic lacuna of LinkedIn – launched in 2015. 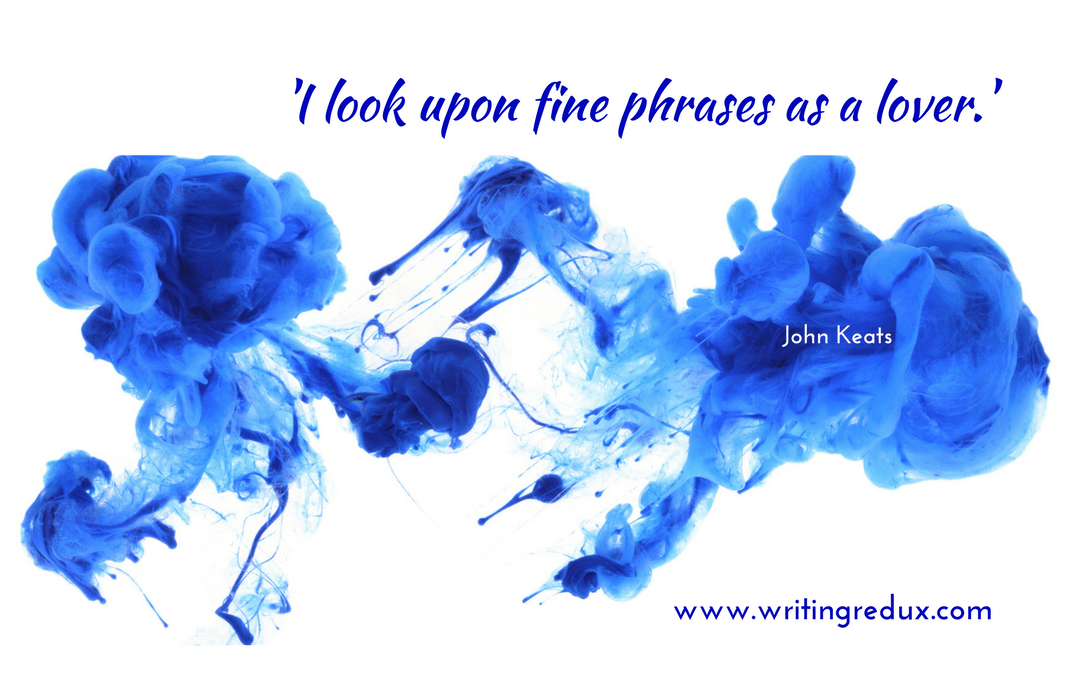 Celebrating bright writing and enriching human exchange through a fresh injection of original phrasing and overlooked gems. All captured during decades of attentive reading and occasional thinking.  If it helps flush plodding prose and general drivel out of the linguistic gene pool, so much the better – launched in 2016. 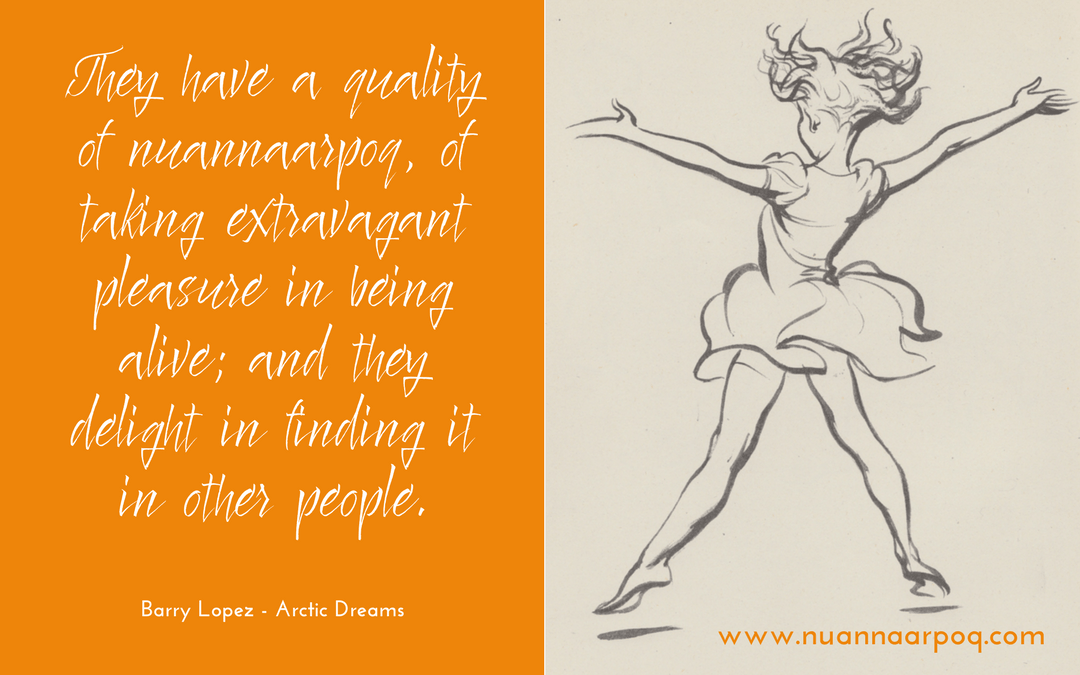 Exploring a magical quality in humanity and the people it illuminates, strengthening the humanising forces of kindness, humour and delight.  All to accentuate the authentic, unlimited enjoyment of life on what the poet Gumilyov called ‘our brave, our cheerful, our wicked planet’ – launched in 2018. 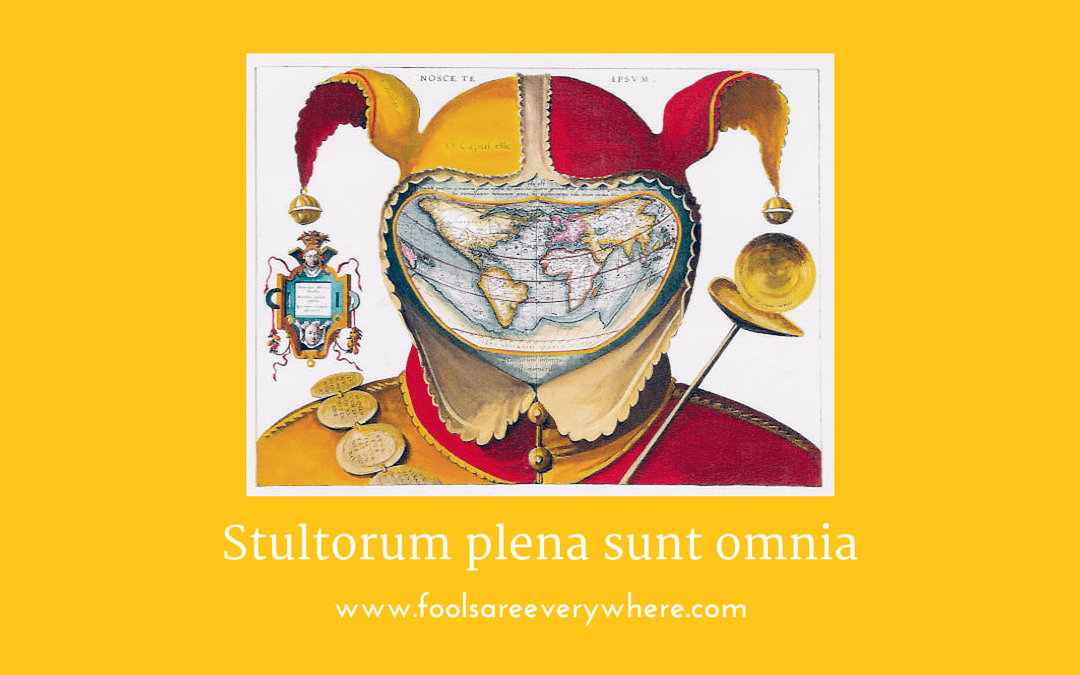 (You are here) … Building the most sparkling, scholarly and sweeping online treasury to promote the appreciation of fools and jesters throughout history and across the world. We will draw on thousands of stories, images and quotations in a dozen or so languages, amassed when researching the book of the same name. Launched in 2019, on April 1st, naturally. 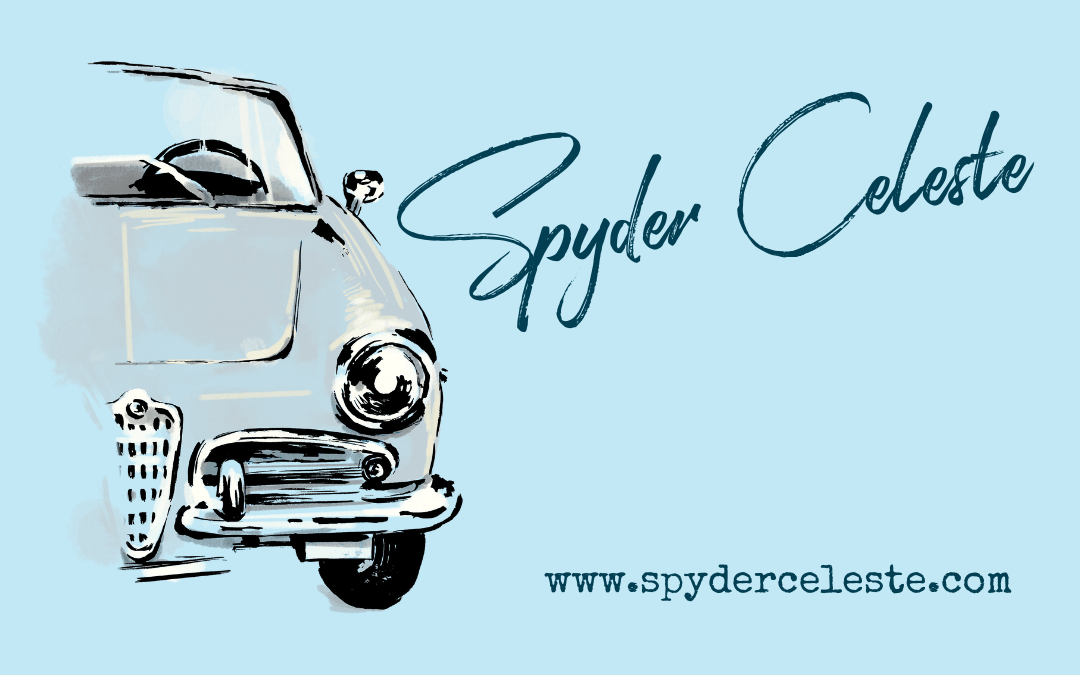 Dedicated to makers and making and the beauty of things, with a focus on one thing in particular and a celestial shade of blue. Clue: it has wheels and recently turned 65. And yes, it has everything to do with sustainability and the circular economy, but without a whiff of jargon. 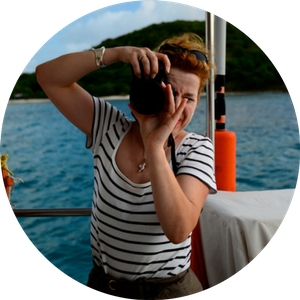 To find out more, visit: www.beatriceotto.com

And what, exactly, have you done with your life?

Finally (finally!) developing ideas that have been tugging at my sleeve for a decade or two. A few such projects, launched, launching, or still being built, carved, burnished, calibrated, or just plain beaten into shape, are featured below.

All complemented by a happy process of more or less mastering web and other online technologies so I can build spaces almost as beautiful and outstanding as I would like.

The WBCSD is a CEO-led coalition of some 200 global companies working to advance an ambitious sustainable development agenda. As Director Member Relations I managed the organization’s relationships with member companies and hundreds of potential members from 20+ sectors and over 35 countries, recruiting new members, and developing and delivering the member engagement, retention and recruitment strategy.

Working to integrate sustainability into Chinese business management for a major EU-China government cooperation programme, bringing sustainable business concepts to life, including piloting a CEO Sustainable Business Network and senior executive seminars, designed and delivered in Chinese.  A chance to get back to China for a while…

Working for a variety of clients, principally the UK’s Design Council, on projects related to sustainable design, innovation and business, with client reactions ranging from ‘a joy to read’ to ‘I wouldn’t change a word of it’.

Five glorious years researching and writing Fools Are Everywhere: The court jester around the world, under the benign and brilliant guidance of a polymath sinologist, Bill Dolby.  The most comprehensive and only global study in its field, it was published to broad critical acclaim (University of Chicago Press) and won the American Association of Publishers’ award for outstanding book of the year in its class. Presentations and interviews include: Australian National Radio, BBC Radio 3, BBC Radio 4, BBC World Service, Hanken School of Economics and others. Always happy to give talks on this death-defying and humanizing character.

To earn extra cash, I worked a month a year as Chinese interpreter and chaperone for Miss and Mr. World.  For most of my time in Edinburgh I lived in the 14th century Vaults in the port of Leith, the oldest Scottish building in continuous commercial use, still housing the Scottish Malt Whisky Society.  My landlord was a naval officer who became a great friend and who was so generous he told me to stop paying rent when my money ran out before I’d finished writing. Thank you Rod, impoverished artists everywhere salute you.

Institute of International Relations – edited international conference papers and speeches for Prime Minister and others to foster quasi-diplomatic relations.  This was a blissful job, with an office looking onto a bamboo grove among wooded hills full of temples, and time and freedom to study.

Hsueh’s Enterprise – helped establish the import branch of a Taiwanese trading company, finding international agents and researching products suitable for import to Taiwan, operating in a Chinese language context.  My boss was a character, roaring to the office on a smoke-cloud of a motorbike, and tucking into street-stall snacks in the office.

Commercial Trademark Services – wrote reports on investigations into copyright infringements for use as evidence in court – praised by prosecuting lawyers for clarity and wit (‘I just wish I could bill my clients for laughing time’).

BA Hons in Modern Chinese and Mongolian, with a year in Fudan University, Shanghai; one of the best years of my life. This was followed by a British Council Postgraduate Scholarship to spend another year in Shanghai studying classical Chinese literature and philosophy and swanning around that vibrant city on a Phoenix bicycle, spending most evenings in the jazz bar of the Peace Hotel.   I practically lived off their apple pie and made many lifelong friends.

To buy the book, click one of the big bright buttons below, or the cover image. 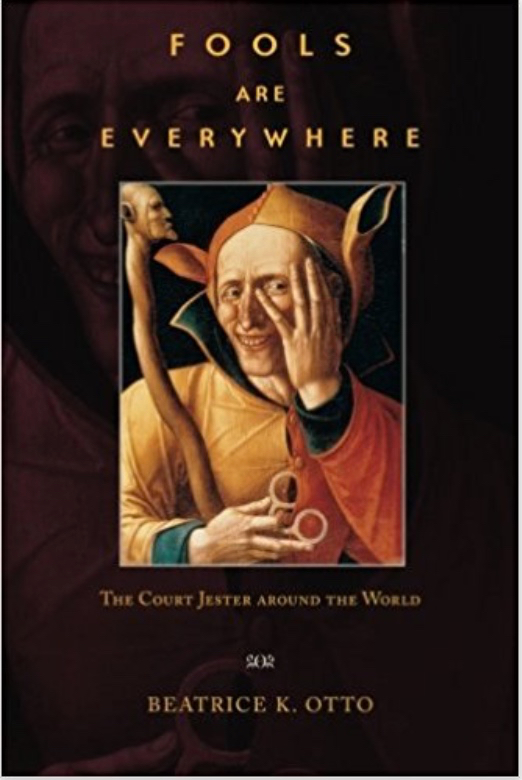 Colours and fonts were chosen for aesthetic strength and because their names reflect the mission of foolsareeverywhere.com. Fonts: Quipley I Lustria I Wild Pen. Colours include: Jester Yellow by Faeriepuffs I New Laughter by Ilara ... you get the picture