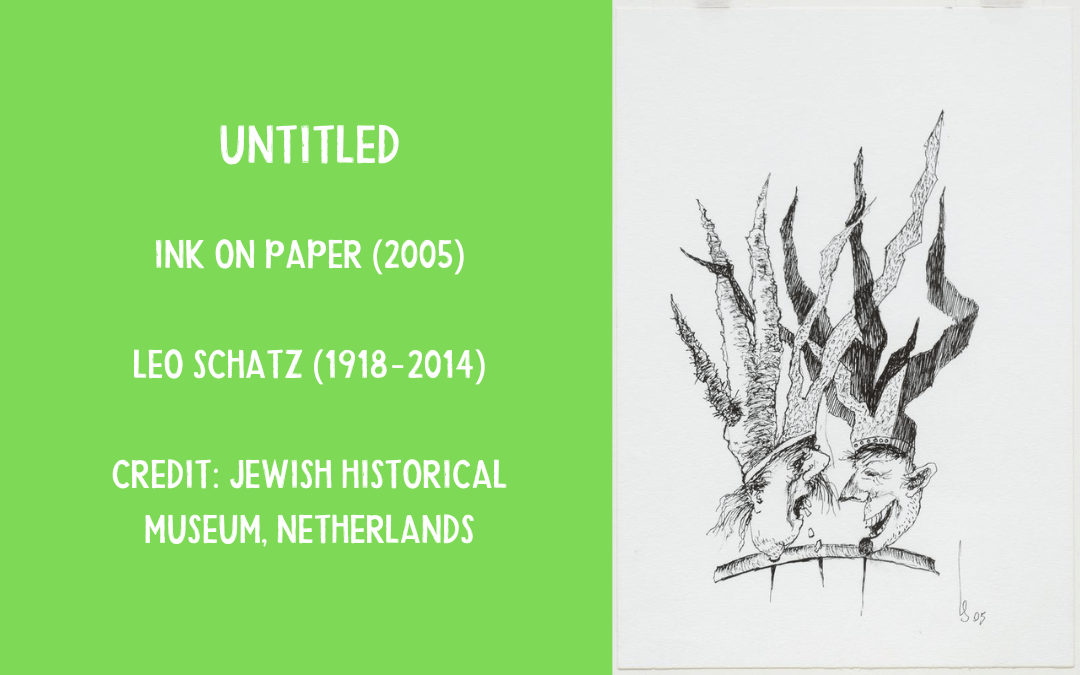 This eye-catching drawing is by Leo Schatz, a Dutch artist who was a member of the resistance during the Second World War in the Netherlands.

In trying to understand what might have prompted this curious untitled sketch, featuring two men in profile with elongated jesters’ caps, I discovered that after the loss of his wife, to whom he’d been married for more than half a century, he found it difficult to paint.  Instead, he began writing a poem every morning, spending the afternoons drawing ‘an unstoppable stream of bizarre fantasies in black pen’.   These poems and drawings were exhibited in the Van der Togtmuseum in Amstelveen in 2005 in a collection entitled ‘I have no talent for sorrow’.

This double-fool sketch was done during this period.

Introduction to Leo Schatz on the Jewish Virtual Museum website. 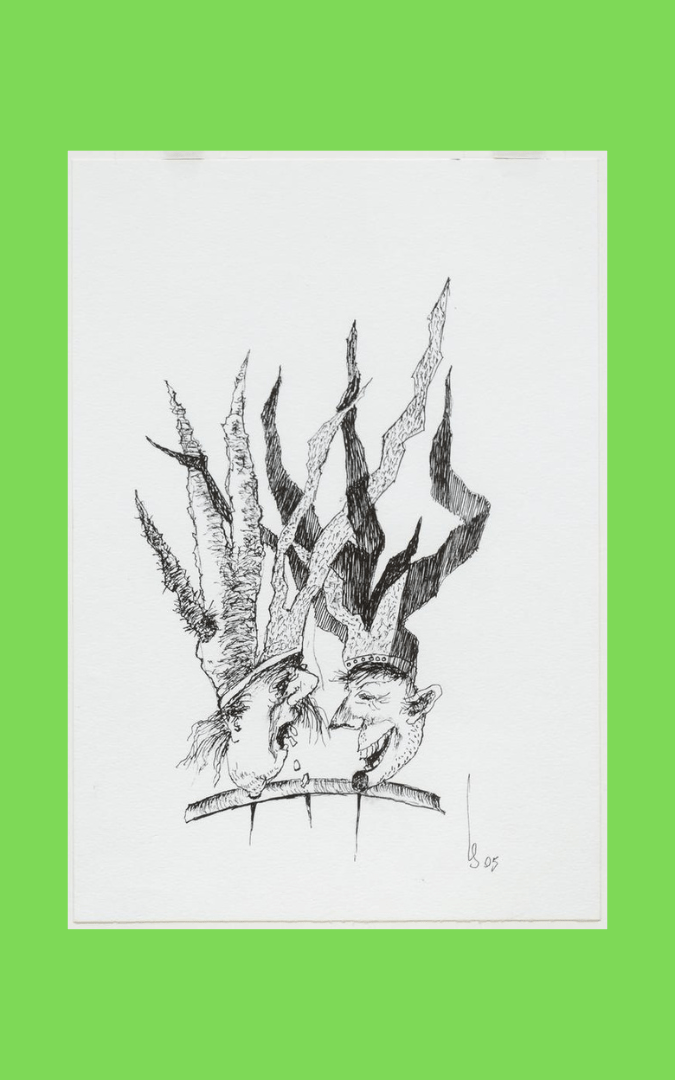