Record cover of Strauss’ Till Eulenspiegel 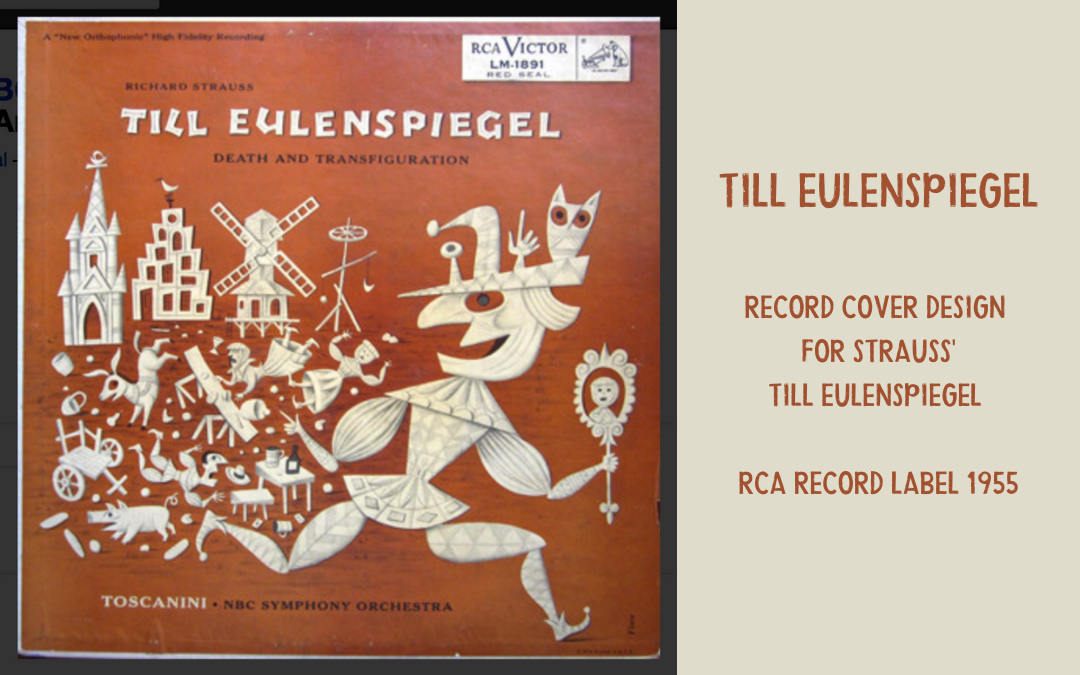 Till Eulenspiegel was a medieval European hit as far as folk fools go. Stories about this fictitious impish character circulated in many languages.  His name – Owlglass – hints at the role of fools in holding a mirror up to our pompous selves, mocking all our pretences.  He was scatological, irreverent, irrepressible, incorrigible … you get the picture.

In 1894-95 Richard Strauss composed a tone poem entitled Till Eulenspiegel’s Merry Pranks (Lustige Streiche) (Opus 28), and I was charmed by this cover design for a recording made with Toscanini by the RCA record label in 1955.

As you see, it has Eulenspiegel complete with Owl and Looking Glass, merrily skipping away (or is that sprinting?) leaving behind him a trail of mayhem and general topsy-turvy upset.

Enjoy the tales – and the music – but hope you don’t cross paths with him.