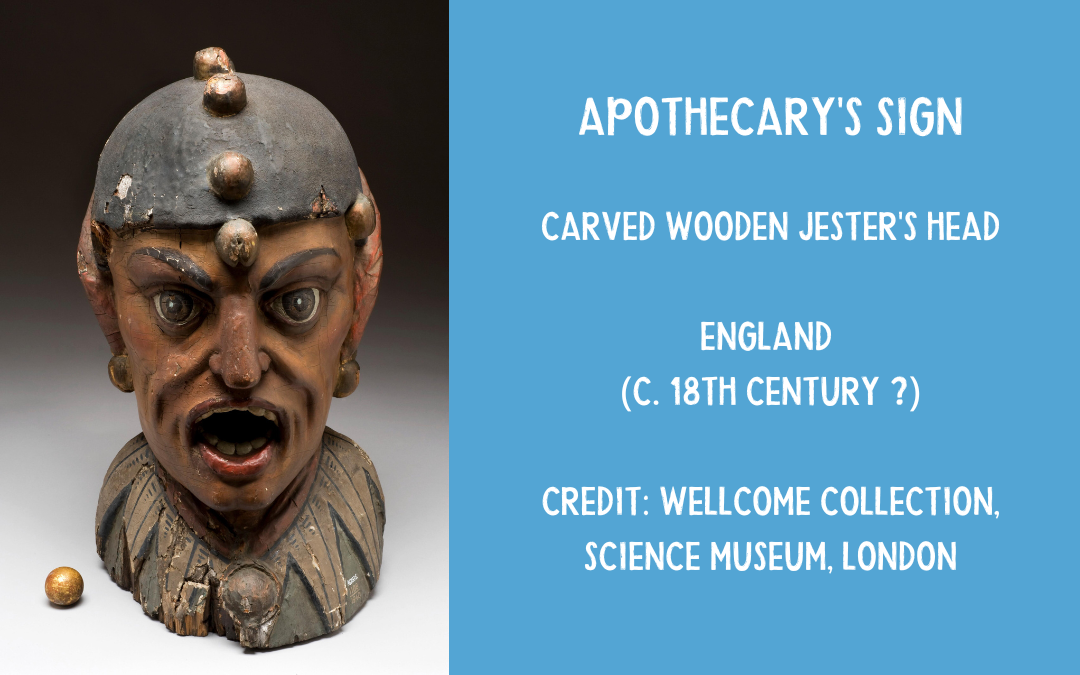 These charming carved jesters’ heads are thought to have been used as signs for apothecaries.  According to the Wellcome Collection, which owns both examples, before the widespread use of street address numbers, such signs would have been used to help people, including those who couldn’t read, find shops and other commercial properties.  In addition the golden ball:

… is supposed to represent a pill or a tablet that can be placed in the jester’s open mouth (and which will come out at the base of the neck). The head is 560 mm in height and would have been eye catching for potential customers walking past, including those who could not read, who would have recognised it as a sign of an apothecary’s shop.

How nice that apothecaries felt a jester’s head would be ‘eye catching’ for customers.  Perhaps help them relax as they popped their pills? 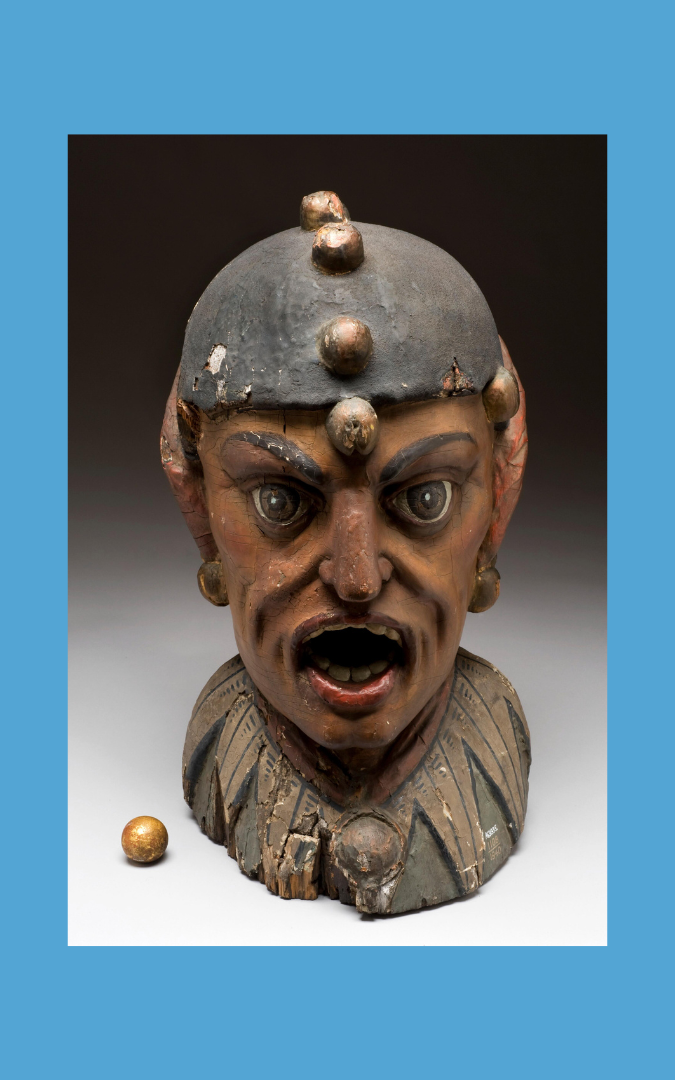 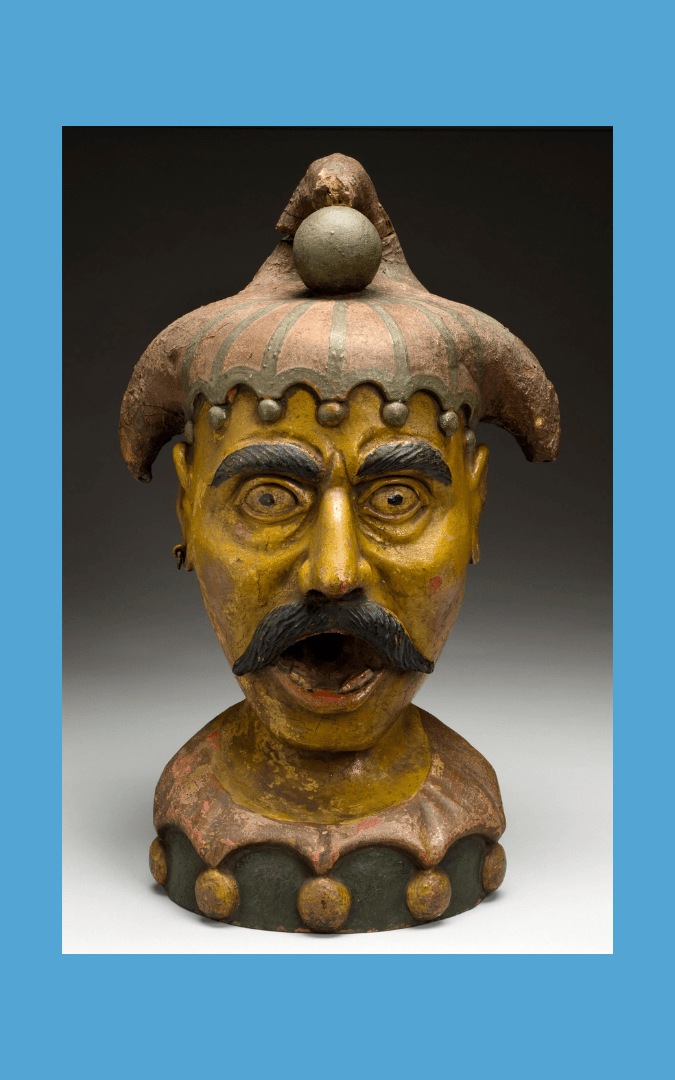