Every bathroom needs one 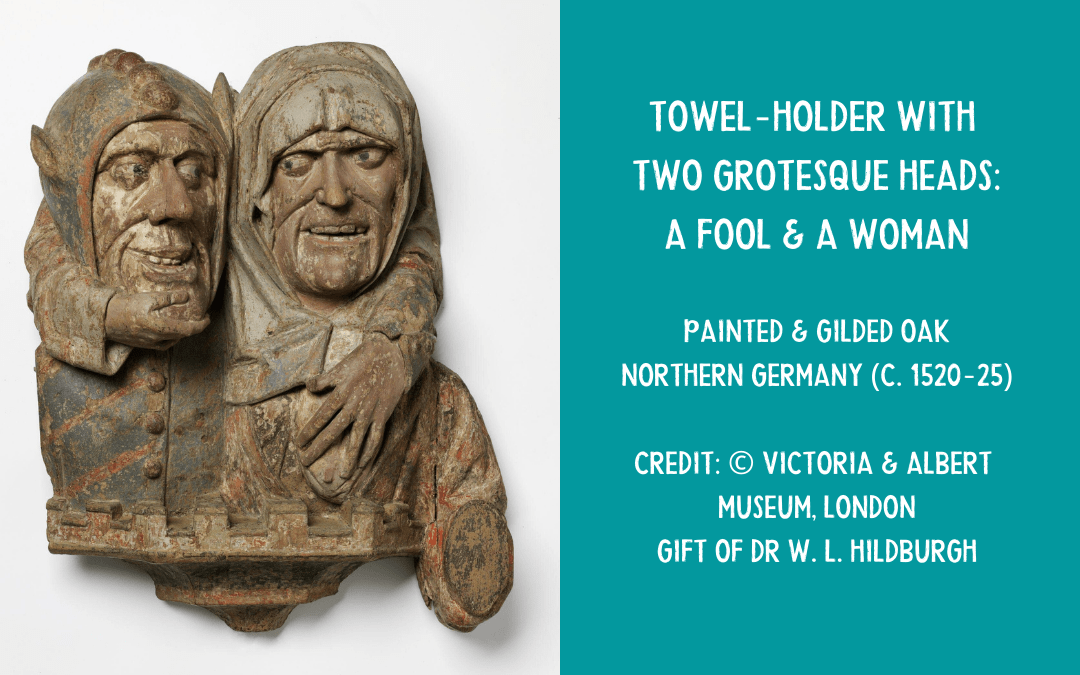 How about this for serendipity: strolling around the V&A, I couldn’t believe my eyes when they spotted this drop-dead gorgeous towel-holder.  Carved, painted and gilded oak, it was made in Northern Germany and the museum dates it to c. 1520-25.  This would suggest they had towel-holders before they had bathrooms, itself a revelation.

The carving features a fool with the stock cap of ears, and his arm draped around the neck of an older woman in a wimple (who could be mistaken for a man), perhaps playing on a common theme (at the time) of Unequal Lovers.

His hand appears to be reaching for, or already grasping, her breast.  Her hand has a hold on his chin, though whether in affection or an attempt yank off his head is unclear.  Their facial expressions are lively and enigmatic, though leaning towards larking about.  His other hand, and hers, are missing, and according to the museum’s description:

Originally these would have held a pole over which a towel would have been draped. An inventory of Thomas Cromwell’s possessions in 1527 reveals that his parlour, adjoining the kitchen, contained ‘An image of a fole to hold a towel, painted’.

Though it isn’t clear if this refers to this item or if the fool-head towel-holder was more than a one-off.

We hope that this must-have accessory will enjoy a revival in the age of bathrooms. 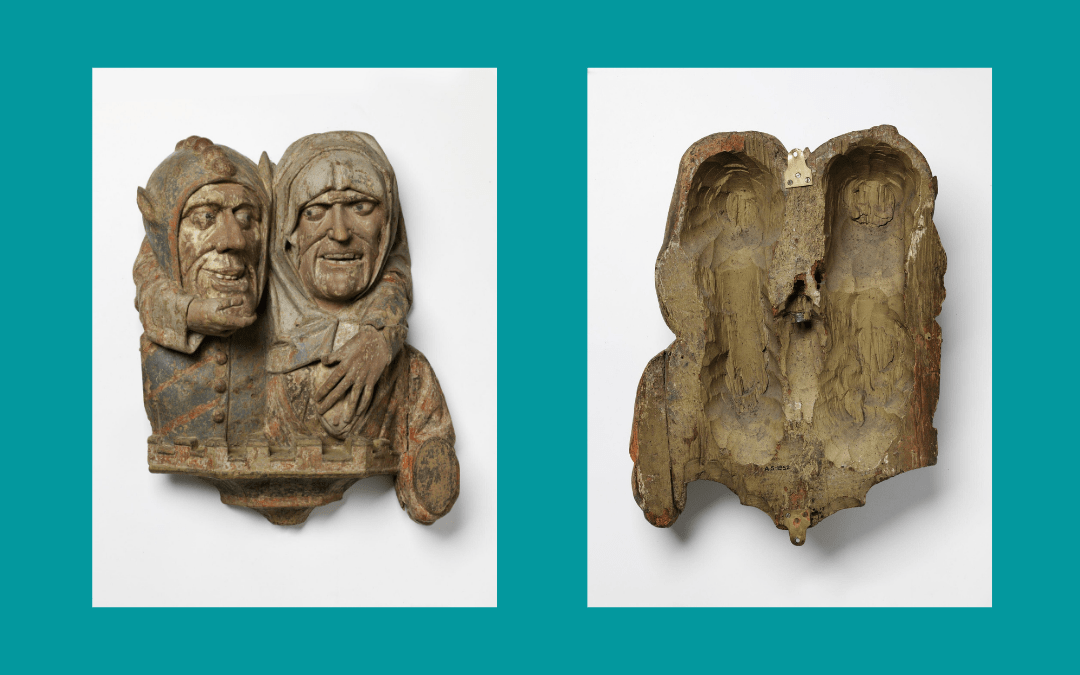