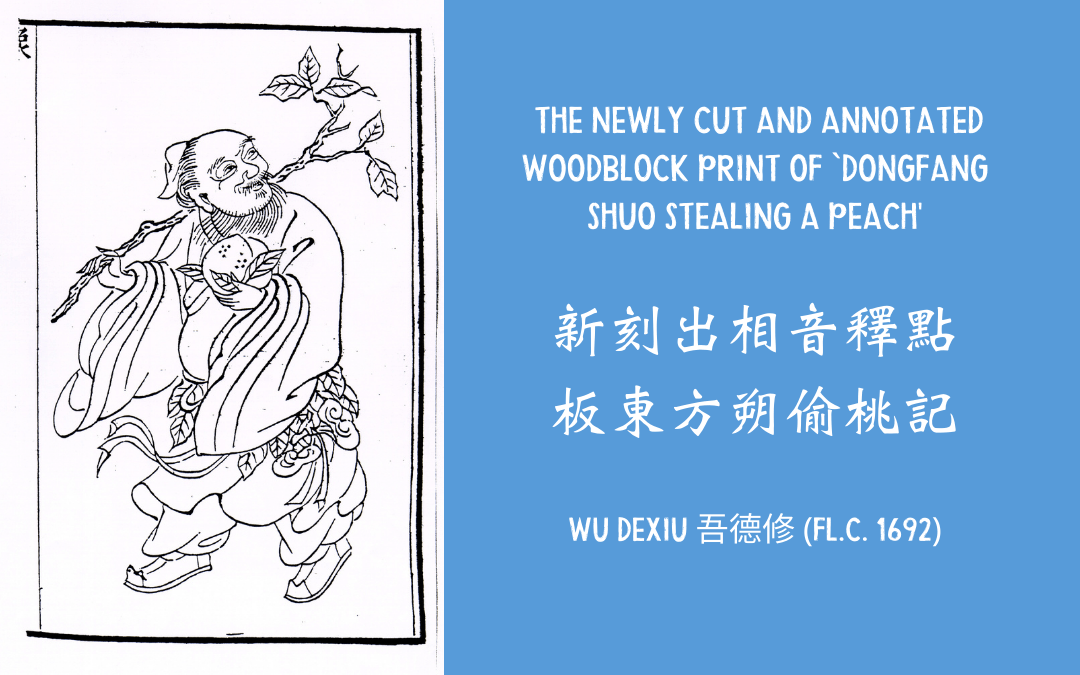 Yang Chaoguan’s play takes an anecdote from the Hanshu 漢書 (History of the Han Dynasty) biography in which Dongfang Shuo points out to the emperor that court dwarfs receive the same stipend as he does despite being a third his height, complaining that he is starving while they have plenty. He steals a peach to stave off his hunger and is caught and beaten for it.  He tries to steal again and is caught a second time, using the jester’s quick-witted humour to talk his way out of trouble.

Dongfang Shuo opens the play by asking who can compare with him in humour, somersaults and tricky talk, and suggesting that anybody who wants to learn to steal should learn to run first (p. 173).  He ends with a poem asserting that immortality is nothing compared to the immortality of his witty `three-inch tongue’ (san cun she) (p. 178).

The stage directions also give the jester the same licence to improvise humour as the real court jester and the stage clown of English drama.

See a Japanese painting of Dongfang Shuo, and other anecdotes about him.  He is said to have engaged in – and won – riddle contests with another jester.  But he was also reputed to speak out boldly when he felt it was the right moment.  See also our bibliographic note on Ban Gu’s biography.