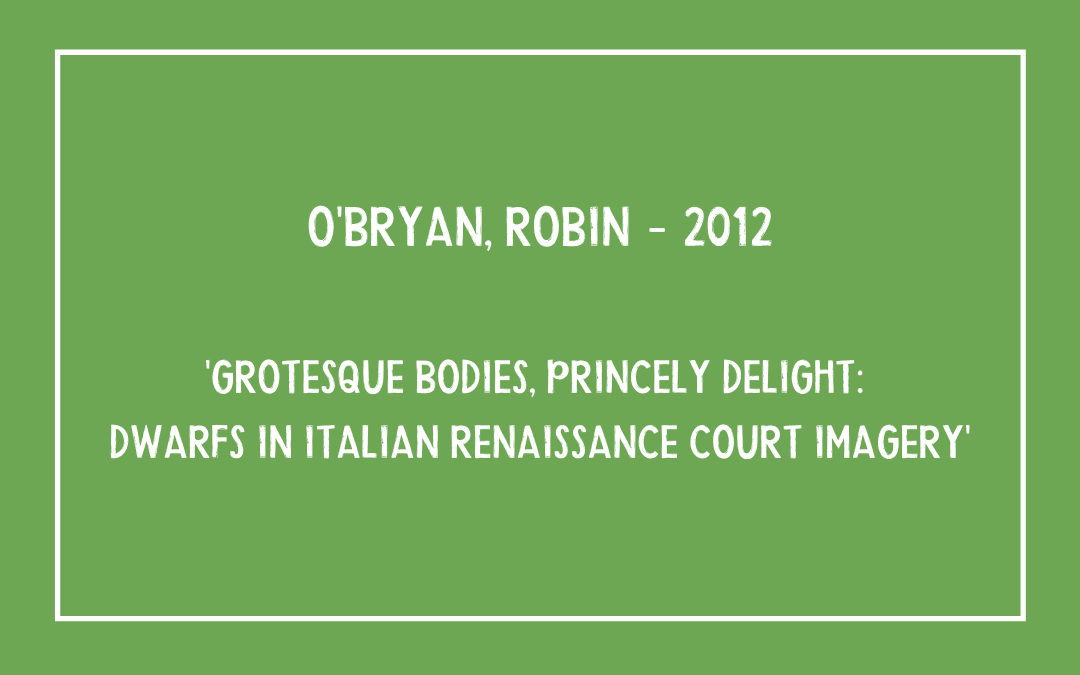 This richly illustrated paper looks at dwarfs in Italian Renaissance art, shining a light on complex and even contradictory attitudes to physical and mental alterity, with a certain revulsion at deformity existing in conjunction with an admiration for nature’s quirks or wonders.

At one level, court dwarfs, like fools and jesters with whom they often overlap, could be viewed almost as members of the family, cared for with a degree of affection and even solicitude.  On the other hand, their physical difference made of them an exotic item for a collector of human curios, living objects to show off to your peers.  This status symbol element clearly fuelled the commissioning of art featuring dwarfs and hunchbacks, in addition to providing an opportunity for artists to show off their skills in reproducing unusual physiques.

The paper also unpacks an extensive range of symbols around dwarfs and hunchbacks who, like fools, could have conflicting qualities attributed to them, such as innocence and lust, wisdom and folly, apotropaic power and its opposite.

This is one of several papers by Robin O’Bryan dealing with different aspects and examples of dwarfs and hunchbacks in Italian Renaissance art – we’ll be featuring others in the coming weeks.

In fool studies, Italy has had less attention paid to it than its big northern neighbours such as France, England and Germany.  This paper therefore helps to redress this imbalance, even though its main focus is on dwarfs.