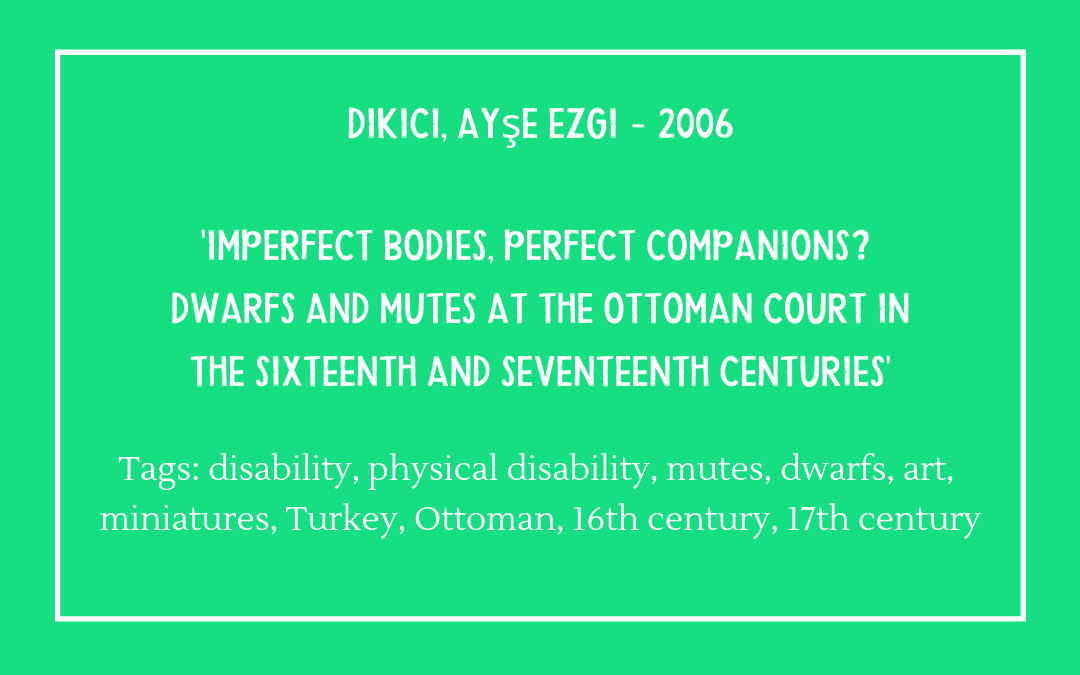 This thesis gives new insights into the Ottoman court during the 16th and 17th centuries, examining the complex roles of mutes and dwarfs, including some differences between them, and some overlaps and differences between them and the archetypal court jester. As an example, one occasional function of mutes was to carry out extrajudicial killings on behalf of the sultan, through strangulation. The further distinction of eunuchs is also touched on, given the access this would give them to the women of the court.

Dikici also brings to light Turkish primary sources, including iconographic evidence of the presence of dwarfs in the court, and looks at a few precise examples. The range of miniatures reproduced is particularly welcome. Where relevant, contemporary accounts by visiting Westerners – diplomats and travellers – are also drawn upon.

The dissertation provides a general overview of the jester-king relationship, before zooming in on the Ottoman context.

Dikici’s work is a welcome addition to redressing the Eurocentric weighting in fool and jester studies, and it seems there is more to be gleaned from the Ottoman courts (and Turkish history more generally).  For a non-Turkish audience at least, this is rich in new materials, ideas, examples and terms, some of which we will be highlighting through the ‘pipeline’ of posts in the coming months.

GAP MAP: there is a great deal more work to be done to seek out accounts of Turkish fools and jesters.