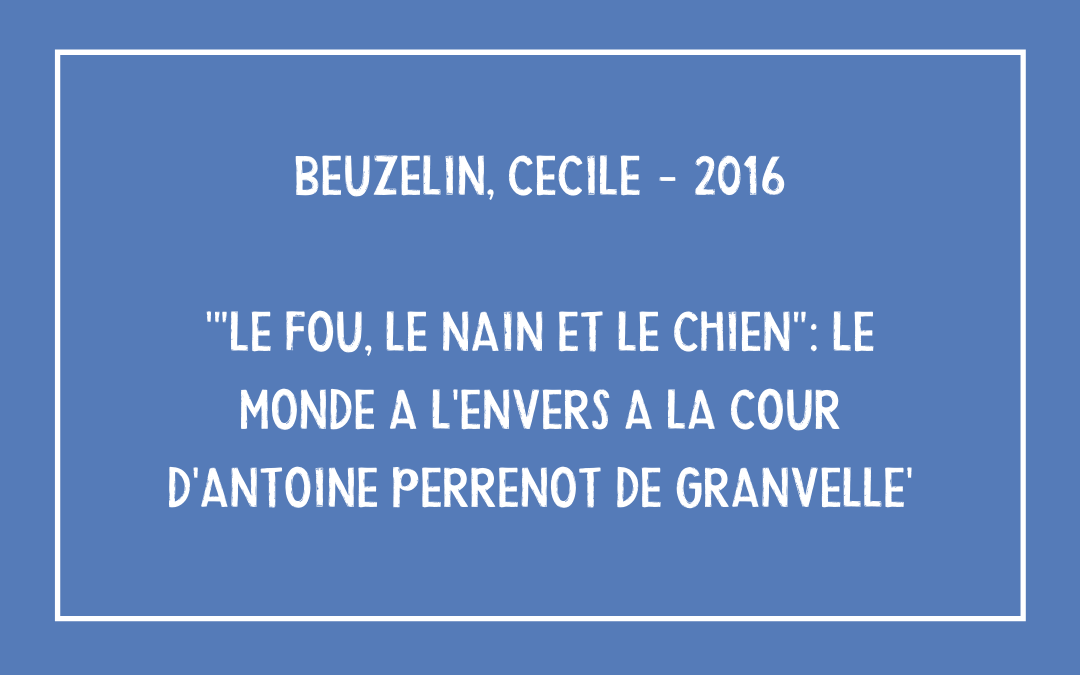 In Mor’s painting, Estanilao, richly dressed, stands alongside a hunting dog, looking grave and dignified and in a superior position to the powerful animal. In such portraits the higher status of one over the other is demonstrated in physical height and other signals, such as a hand placed perhaps partly affectionately and partly patronisingly, on the other.  Mor’s composition reverses the order of other double portraits in which a dwarf is shown in a subordinate position, alongside the master or mistress they serve, turning on its head the normal hierarchy.

In the second double portrait showing a clearly recognisable Estanilao, the dwarf appears behind and beside what seems to be a ‘natural’ fool, who is wagging a finger at the spectator.  The fool has a mocking expression and could be playfully admonishing us, while Estanilao’s expression is enigmatic and even ironic, as if he knows something we don’t.  The clothing of both characters is more modest, perhaps their daily garb.

Beuzelin’s paper places these two portraits in the context of their time, including the symbols and possible allegories which would have been picked up instinctively by contemporaries.  Some of this is reflected in Estanislao’s costume and accessories.  Both paintings also align with a flourishing tradition of double portraits, sometimes of people of equal status, other times juxtaposing a higher status subject with one of lower status (and usually smaller size), whether a person or a dog. Such portraits can also invert recognised hierarchies, in the spirit of the medieval ‘world upside down’.

Beuzelin also affirms the status of dwarfs in Renaissance courts, which ranged from an intimate and beloved companion on the one hand, to an exotic status symbol, to be displayed as a living cabinet of curiosities, on the other.