The costume of the skomorokh 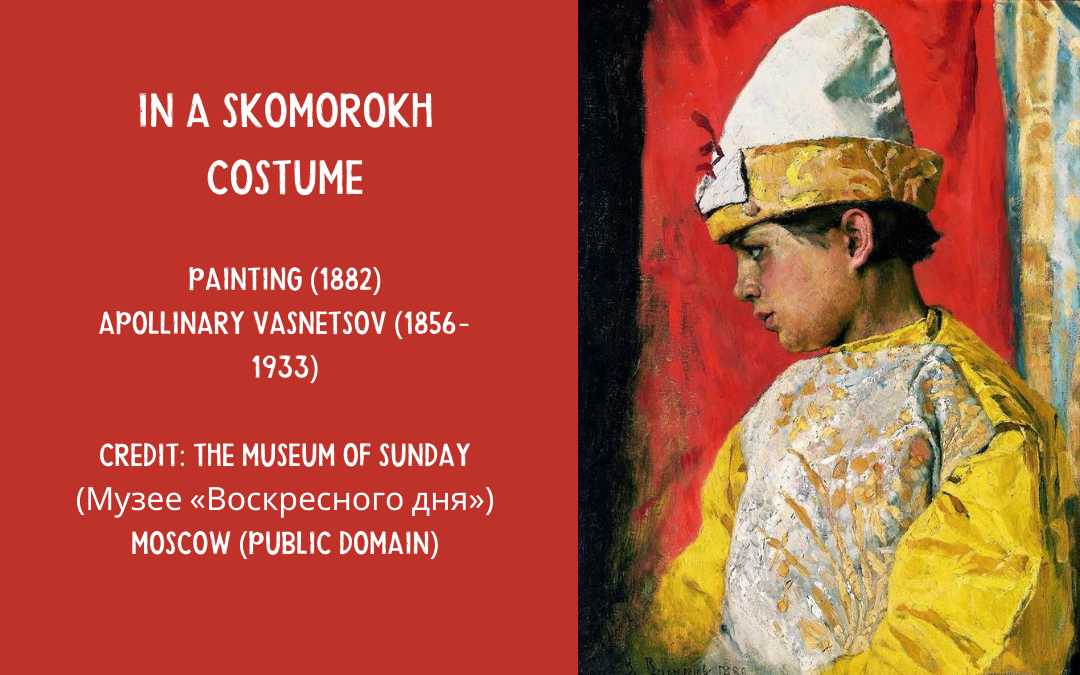 The skomorokh is a Russian term which spans entertainers, musicians, buffoons, jesters, harlequins, minstrels or actors.  This is a 19th century depiction of a skomorokh and his costume by Apollinary Vasnetsov (1856-1933).  It isn’t clear if it is a portrait of an individual or simply a portrayal of the type.

GAP MAP: a great deal more research is needed on the skomorokh and Russian fools in general (or at least made available in Western languages), although substantial work has been done on the holy fool in Russia.